Oppo is a Chinese company that we’ve covered a bunch of times already, usually referring to their very thin handsets and their upcoming 1080p smartphone. Well, now it’s no longer upcoming, since it’s here: the Oppo Find 5. This phone has just been launched, featuring a 5 inch 1080p display, a quad core processor and a 13 megapixel camera. 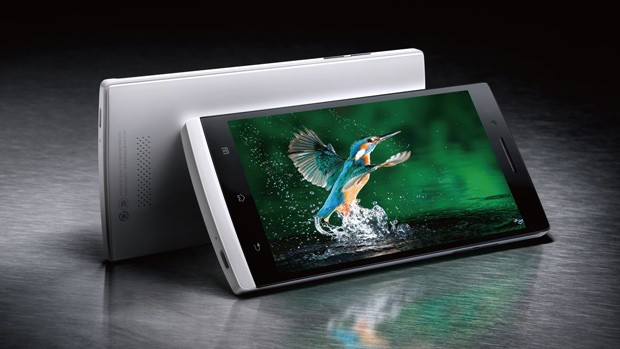 It relies on a quad core Qualcomm Snapdragon S4 Pro chipset, 2 GB of RAM and a 2500 mAh battery, that frankly should also have been on the HTC Droid DNA, that has a battery inferior by about 500 mAh. The handset runs Android 4.1.2 , has NFC and comes with a special version of Sina Weibo (Chinese Twitter), that uses the NFC to let users follow each other like they do on Twitter. Cool right? The 13 megapixel camera offers hardware enabled HDR and it does that for both photos and video taking.

Oppo brags about this being a premiere in the industry and I have to say I think they’re right. As far as audio goes, the Oppo Find 5 features Dirac HD, a technology that’s used by BMW, Bentley and other big car brands, in order to guarantee top notch audio quality. The headphones bundled with the smartphone are actually tuned by Dirac, also. There’s no microSD here, so you have to do with 16 GB of built in storage. The pricing is $499 for the US market or $480 in China, but it will be a month or more till this model goes international.