Russia usually appears in our news as the place of launch of some cheap and interesting tablets or some Philips phone with kickass batteries. Now there’s a Russian telecom company spinoff Yota Device, that’s working on a dual display LCD and E Ink handset for 2013. 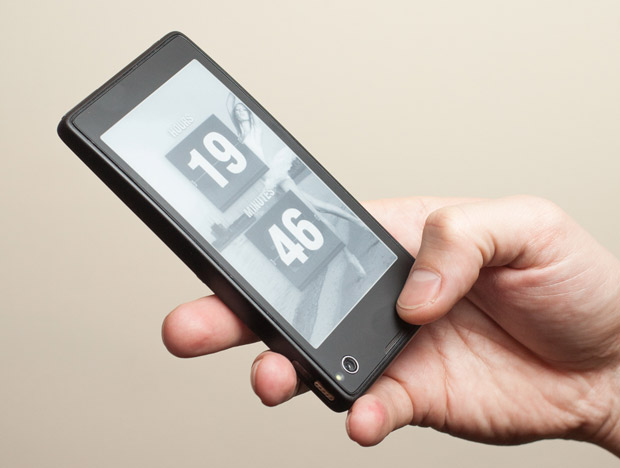 The result may be called YotaPhone and it’s only in prototype phase for now, being shown above. It’s based on Android and it’s a fully working prototype, for those who are wondering. It features a 4.3 inch 720 x 1280 LCD upfront with Gorilla Glass protection, a 200 dpi E Ink rear screen with the same diagonal size and a dual core Snapdragon S4 1.5 GHz CPU. Also on board we find 2 GB of RAM, 32 GB of storage, LTE and a 12 megapixel rear camera, as well as a front 720p cam for videocalls.

All of that is stored on a handset that weighs 140 grams and measures less than 10 mm in thickness. YotaPhone should hit the market in Q3 2012, in partnership with Russian carriers and some US and European carriers, too. The E Ink panel will get its information thanks to an open API, allowing applications to display data there, from playlists, to books, meetings and more. Yota will also provide preinstalled software, that will pull notifications from the OS and show them on the rear display. 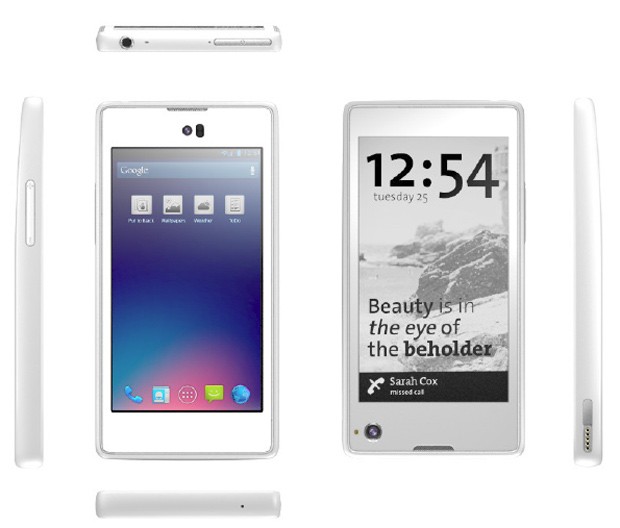