Russia is ready to take on the iPhone 4 making its own smartphone, that uses the GLONASS nav system, an alternative to the US GPS. Made by Sitronics, a AFK Sistema subsidiary, working with Qualcomm and ZTE, the device can be seen in the following image and also in the video at the end of the article in Russian official Putin’s hand. 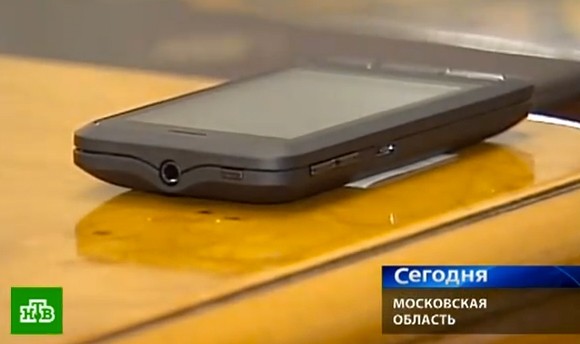 This mysterious phone incorporates a 90nm GPS-GLONASS chip and was called by some a “Russian answer to the iPhone 4”. However, its supposed specs are a disappointment. The price tag is around $360 and the handset is meant for a March debut in Russia. Eldar Murtazin, the famous Mobile Review editor in chief has some details concerning this product.

Apparently, it’s a rebranded ZTE A9180 model, that comes with Android 2.1 a 3.2 inch QVGA display, FM radio and a 2MP camera. We surely can’t call this an iPhone 4 rival, or better said we can’t call this anything, at the moment. Here’s Putin with the device, for more PR fun: