Word’s out that AT&T and Motorola might team up in order to announce the Moto Olympus handset at CES 2011. This is only a rumor for now, but it would be cool to see the dual core handset becoming real. We remind you that this is a 1GHz dual core Tegra 2 device, that’s been talked about for a while now. 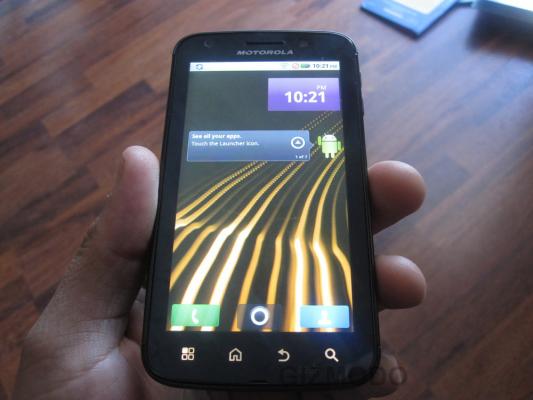 Not much is known about the smartphone and while some claim that it features a 3.7 inch display, judging by the leaked photos of the Olympus, sources say that it’ll rely on a 4 inch screen with a 480 x 854 pixel resolution. The device is testing on AT&T right now and it’s supposed to be the first high end Android phone made by Motorola that’s not on Verizon.