As we previously mentioned, Sprint unveiled a dual screen phone yesterday, during a special event that made the Kyocera Echo handset official. The dual display phone will launch on Sprint this Spring with a price tag of around $199, with contract, of course. 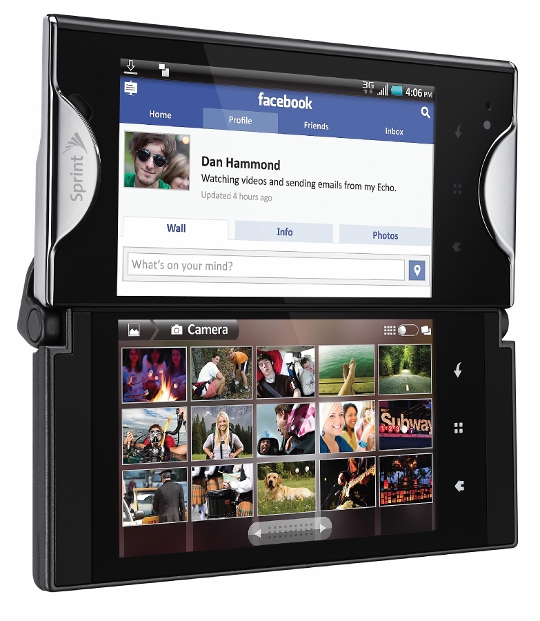 The handset runs Android 2.2 Froyo and relies on dual capacitive touchscreens, but the rest of its features are pretty average. Also, you must know that the Kyocera Echo won’t take advantage of the 4G WiMAX infrastructure at Sprint, providing only 3G support. Its specs also include a 1GHz Snapdragon CPU, 1GB RAM, a 5MP camera with 720p capture and the ability to use both screen as one big, unified display.

Here’s the very first ad for the product: