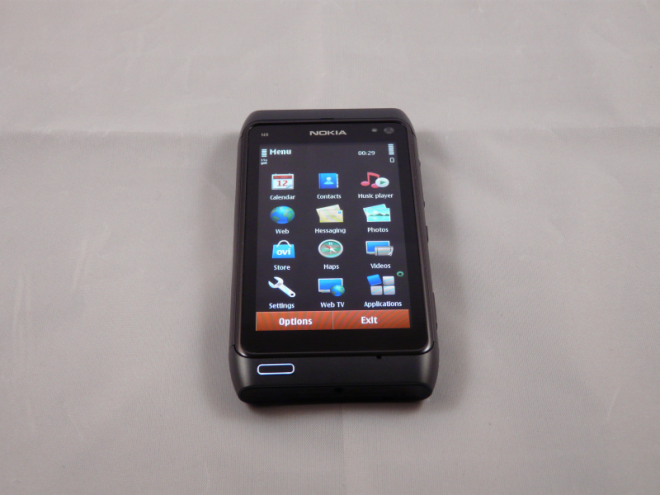 Many have complained about the Symbian^3 OS and we can say they’re right, since it doesn’t stand a chance when compared to the latest Android or Windows Phone 7. It may do multitasking, but it still looks and feels old, plus there’s a pretty big number of bugs in it. The phone tends to freeze at some points while running software, but we hope it will all be corrected through a future update.

Moving on to the hardware, we must mention that the build quality of the device is simply great, which is typical for Nokia. The handset looks and feels great in the hand and its brushed metal surface is quite elegant. The N8 comes with a 3.5 inch multitouch display, 16GB of internal memory, 256MB RAM, a microSD card slot, HSDPA, WiFi and Bluetooth 3.0.

The main appeal of its hardware is the 12 megapixel camera with Carl Zeiss optics, autofocus, Xenon flash, geotagging, face detection and the ability to capture video in 720 @ 25 fps. Under the hood there’s a 680 MHz ARM 11 processor, that handles multiple apps decently. There’s also an FM transmitter on board, that we had fun with, transmitting our music to a nearby stereo. 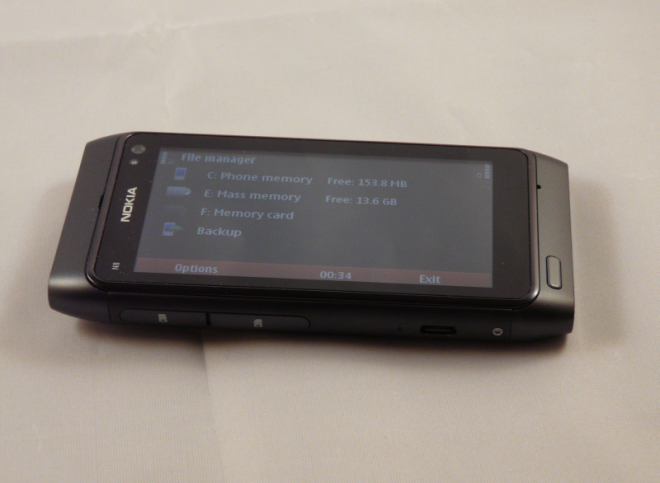 The battery on the smartphone is a 1200 mAh unit, that provides up to 12 hours and 30 minutes of 2G talk time and takes quite a while to charge. We must mention that there seems to be a bug in Symbian, making it not show the real level of the battery percentage, so we’re left with the indicator on the side. This may be an isolated case, meaning we’re unlucky, or it could be a general problem.

Nokia N8’s virtual Swqype keyboard that we used feels great and it’s easy to type on, plus it doesn’t take long to get used to. We didn’t quite want to return to other types of virtual keyboards after this experience. Other things to mention are the three main Home menus, which can be filled with live widgets, that update in real time and they include apps, site widgets, the clock, weather and whatnot.

In the end, the choice is yours, so if you’re a Nokia fan, this is a solid purchase, but if you’ve already seen what Android can do and witnessed the quality of new Samsung smartphones, than you should change brand preferences.