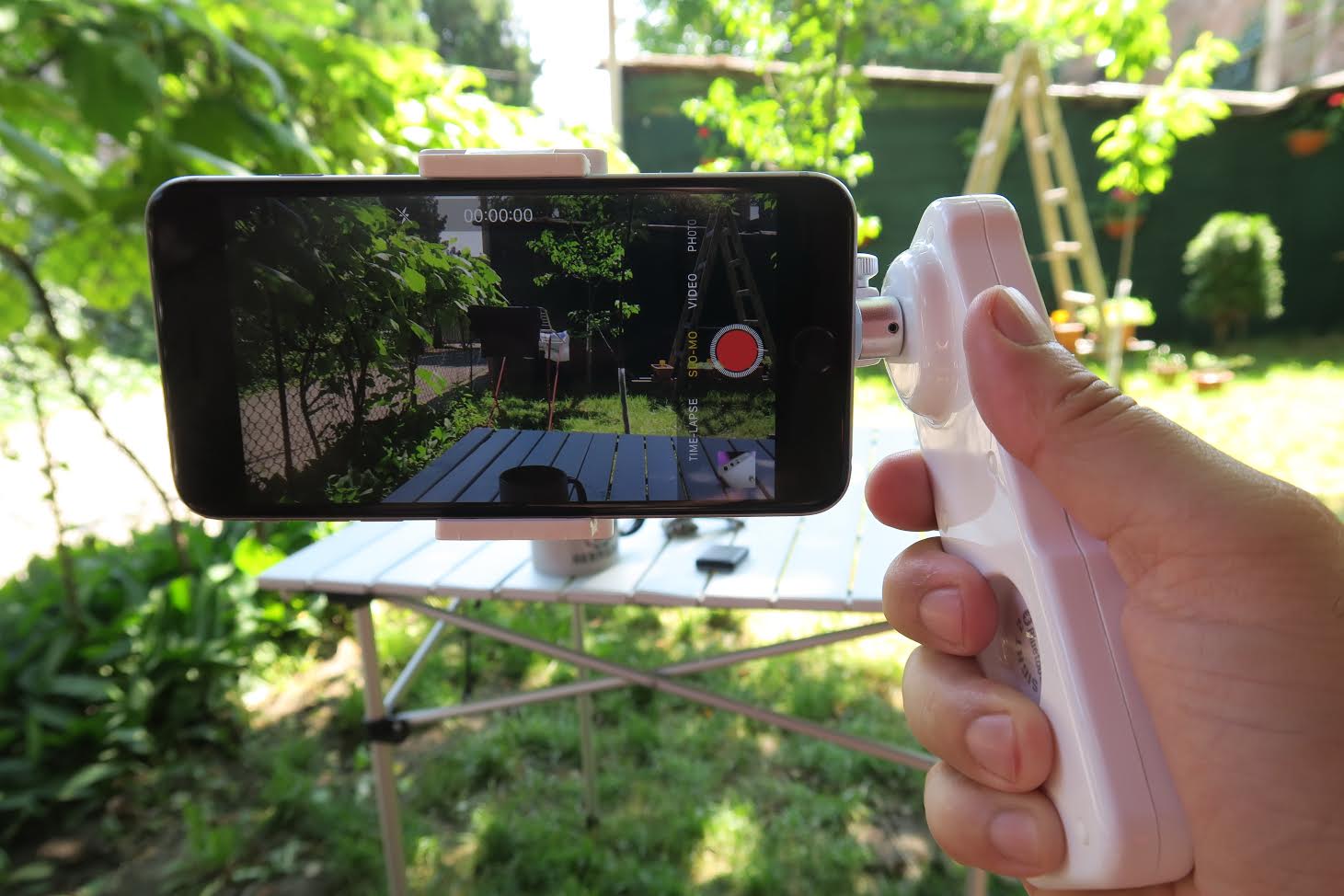 We usually test phones, but sometimes just a smartphone isn’t enough anymore, so we use accessories to expand their functionality. One such accessory is the X-Cam Sight 2, a 2 axis gimbal that can be used to improve the photo and video stabilization of your handset. The device is up for sale on Banggood.com priced at $45.99. 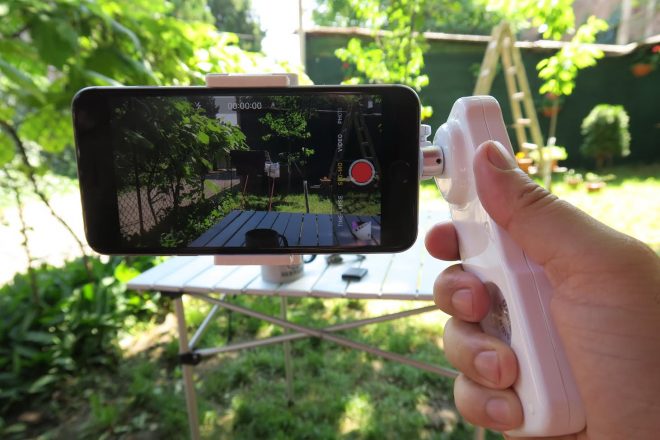 We put it to work in tandem with a Samsung Galaxy A5 (2017) and an iPhone 7 and it worked out just fine with both, as shown in the video below. First thing you need to know is that you will attach the handset via two special arms, that keep it into place. Phones have to be no bigger than 5.5 inches in diagonal in order to fit. Made of plastic and metal, the gimbal is bundled with a pouch, that makes it easier to carry around

X-Cam Sight 2 can become compact, once its “robot arm” is fixed onto the main body. Usually, that arm is extended at 90 degrees and lets you tilt the phone easily when walking around, panning and changing angles. And then you power on the accessory and have its two small motors do all the work for you, by panning vertically with the press of a button.

That very same button can be pressed in order to take pictures or record videos, once this gimbal is paired to your phone via Bluetooth. When I say “button”, I actually mean a small wheel, that can be pressed inside as a regular button. We’ve panned, we’ve walked around even even ran, but the stabilization remained quite good. This happens actively, as the mechanism tries to keep the device perfectly aligned with the ideal axis, no matter your actions. 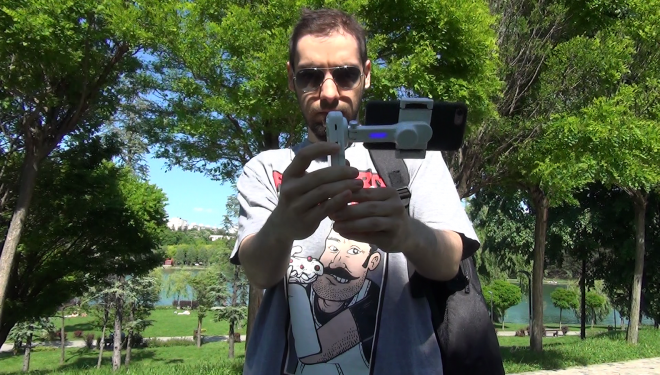 The gadget weighs 189 grams and integrates a 1000 mAh battery, good enough for between 2 and 5 hours of usage. It’ll be charged in about 2 hours. I can say that even though my own iPhone 7 filmed pretty well, this gimbal certainly improved its stabilization. The Galaxy A5 (2017) also benefited from it, especially since it lacks OIS. I’m pretty content with the functions of the X-Cam Sight 2, especially at $45.

I would say that the average vlogger or person on vacation will make good use of this accessory. You can get it on Banggood.com.