Just like the white iPhone, XPERIA X1 seems to be having some case issues, or better said cracks, as reported by quite a few users from all around the globe. It’s gotten so bad that the folks of xda-developers.com decided to send SE a mail in order to ask them to fix the issue. 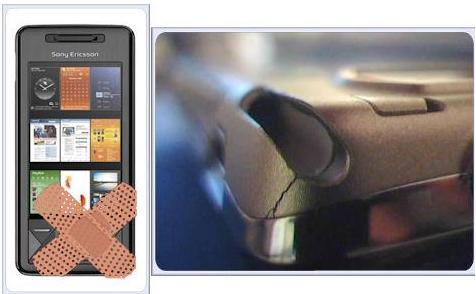 Some even think that the recently dissolved partnership between HTC and Sony Ericsson might have ended because of these problems, but all of that is speculation for now. Bad build from HTC? Or did SE make the last touch that mattered?

Anyway, if you spot a crack on your X1 smartphone, don’t hesitate to let us know and take a photo of it, so we’ll know if the issues are real or not.