The ZTE Grand X Pro isn’t a smartphone with a name that rings any bells for me, but apparently it’s big deal today, since it has leaked on Twitter. Courtesy of the usual leakster @evleaks we catch a glimpse of this mystery phone, that’s supposed to be a follow up to the ZTE Brand X LTE handset announced on June 19th for Asia and Europe. 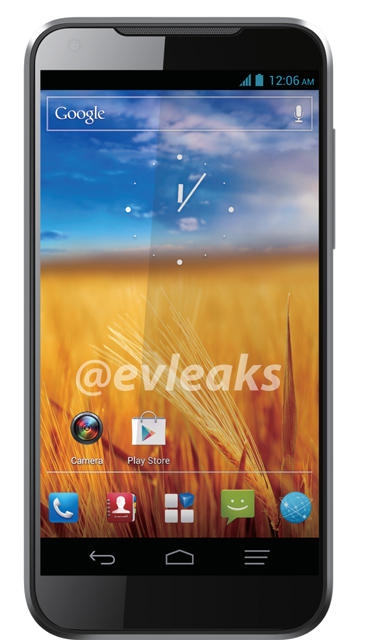 That model featured a dual core Qualcomm 1.5 GHz processor, an 8 megapixel cam and 720p capable front shooter. Considering the Pro in the name of the newcomer I figure an update is in order and a better CPU wouldn’t hurt, maybe a quad core Qualcomm, accompanied by 2 GB of RAM, since that’s the trend lately. The experience here seems to be vanilla Android, so no software customization on this model, apparently.

If we were to speculate, we’d say that this unit uses a 4.5 to 5 inch display, with unknown resolution. Its bezel is very slim, making us think about edge to edge territory. CES and MWC 2012 are very close, with about 2 and 3 months respectively separating us from these events. Will ZTE play a big part in the new wave of Android releases?