The likes of HTC, Sharp, Oppo and apparently Sony too are working on 5 inch 1080p handsets and some of them have even finalized their models and are ready to put them out on the market. Lenovo also has a similar project and in order to stand out from the crowd, their 1080p device will be a dual SIM one. 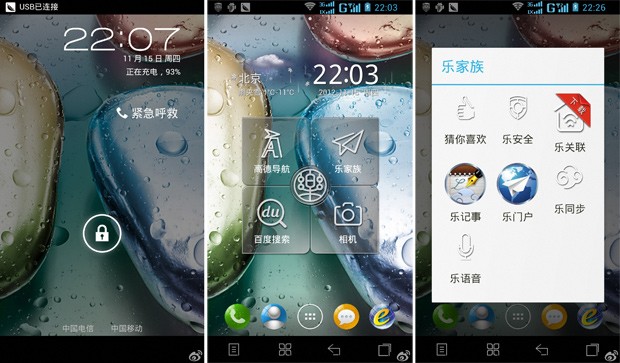 The Sina Weibo social network from China produced the pictures you see above, showing 3 screenshots of a supposed Lenovo customized UI in 1080p. This means that there’s something brewing at Lenovo that’s a phone with Full HD resolution, some UI customizations and, as shown at the top parts of the image dual SIM action. The screenshots show that the device is connected to China Telecom’s CDMA2000 network and also to the China Mobile 2G network.

Engadget’s source couldn’t exactly confirm that we’re dealing with a 5 inch handset, so it said that the device is somewhere between 4.5 inches and 5.5 inches in diagonal, leading us to believe it could be a bigger phablet. We also know that the unit is going through design verification test and it will be announced soon in China. Care to speculate for specs? I’m saying 5 inch screen, quad core CPU, 2 GB of RAM and 8 MP or more camera.