Since Nokia has just reported a quarterly loss, Sony Ericsson is not doing so well either and other handset makers are also struggling, it might be time for some other company to shine during recession. We’ve just come across some information regarding Israeli company Emblaze Mobile’s initiative, a cool Linux phone called First Else. 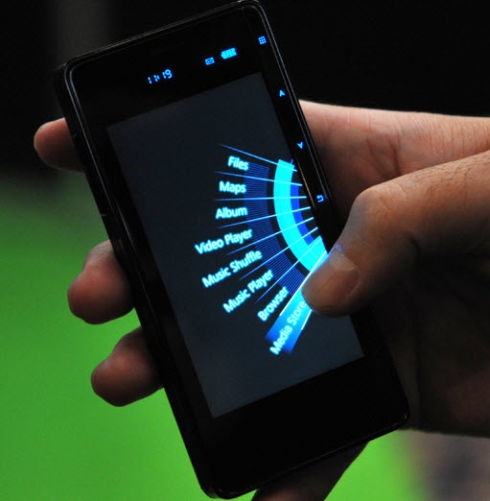 The device was made in cooperation with Access, a Japanese software company, that developed the Else Intuition OS, based on Linux. This phone is able to beat all major cameras, GPS devices and MP3 players as far as performance is concerned and all of that will be delivered in a very user-friendly package.

Each and every feature seems to be one click away and this is not Emblaze Mobile’s first attempt at launching a cool Linux phone. Back in 2008, they created the Edelweiss device, shown as a prototype and ready for the Russian market. Sadly, things didn’t work out and now we’re dealing with another initiative that will either bite the dust or become hugely successful.

If you’re wondering about Emblaze’s expertise, know that its subsidiary, Emblaze Mobile has handled major tasks, like developing the first mobile video/audio processor and graphics accelerator, launching Samsung’s first video phone or distribution cellphones in Europe. Could this become the next Gizmondo?