Toshiba has finally launched a direct methanol fuel cell with dedicated fuel cartridge accessory, called Dynario. This fuel cell for portable devices will go on sale on October 29th in Japan for $328 and you’ll pay an extra $34 for a set of five 50ml fuel cartridges. 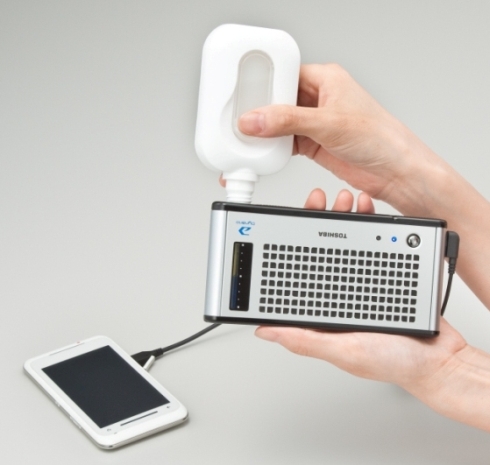 Dynario will take 20 seconds to fill the 14ml fuel tank with a methanol solution (concentrated) via injection. Next, the device will be ready to charge USB connected gadgets, using a Li-ion battery to store electricity. The Toshiba fuel cell will be able to charge two handsets, so a quick calculus shows that you’ll spend about $1 per recharge.

The initial rollout will include 3,000 units, that’ll be used to test the users’ reaction, ahead of the big launch.