Merely 3 months ago Acer unveiled the Liquid S1 handset with a 5.7 inch display, making it more of a phablet than a phone. Now we’re already discussing a successor, as the Acer Liquid S2 model pops up in benchmarks. 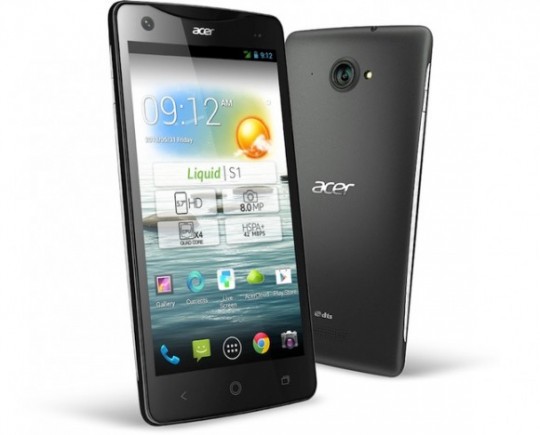 We’re dealing with a product that’s been spotted in a leaked roadmap earlier this month, so it’s not a total mystery. The roadmap talked about a 6 inch smartphone and the newly leaked benchmark details a Full HD resolution and a Snapdragon 800 CPU. The screen here is an IPS unit and the CPU has a frequency of 2.3 GHz.

We also get 2 GB of RAM, 16 GB of storage and a 13 megapixel camera, plus NFC and Android 4.2.2 Jelly Bean. The benchmark mentions Jelly Bean, while the roadmap listed the S2 as a “K OS” device, meaning it was Key Lime Pie material. We should find out more next week at IFA 2013, but it seems that the Galaxy Note 3 will have some serious competition. 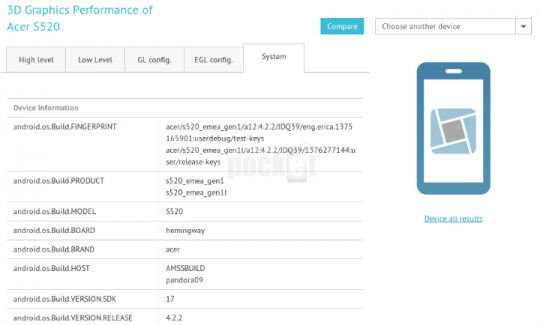