Acer will also take part in IFA 2012, not only Sony and its new Xperias, or Samsung and its Galaxy Note II. Acer just unveiled two of the handsets that it will bring to Berlin, the Liquid Gallant and Liquid Gallant Duo. The Duo is actually the dual SIM version of the first model, that has some midrange specs, detailed below. 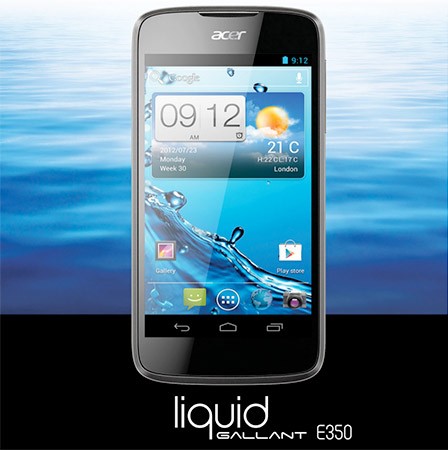 We’re dealing with a handset that offers a 1 GHz MT6575 processor, a 4.3 inch qHD capacitive display, 1 GB of RAM and a 5 megapixel camera. WiFi, Bluetooth 3.0 and a microSD card slot complete the specs. The Duo will come in September, followed by the single SIM brother soon after. Both will be available in Gentle Black and Ceramic White. These units run Android 4.0.4 with Acer applying some customizations, in the unlock screen, notification area and keyboard.

The 5MP camera has a LED flash, automatic smile detection, rich details and panoramic abilities. The Gallant handsets will also come with Surround Sound, for an excellent audio experience.