Allview is a Romanian company that has given us at least a half a dozen of phones to test over the past years. This year they were present at MWC 2013, where they unveiled their latest project, the Allview P5 Quad, their very first quad core handset. 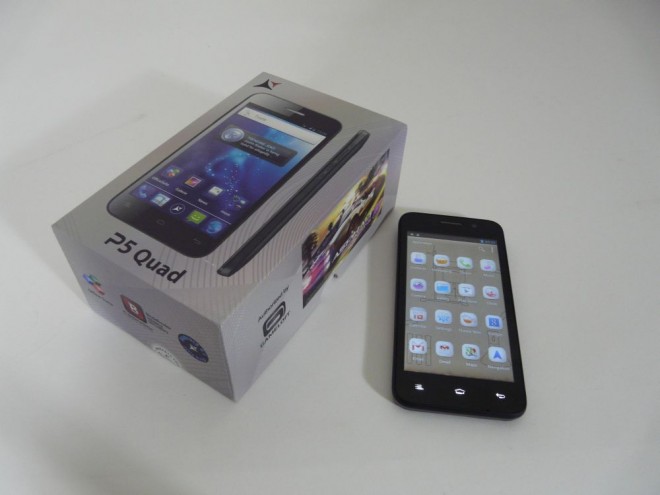 The device costs around $320 and it’s a dual SIM device with Jelly Bean on board. It measures 9.8 mm in thickness and weighs 140.7 grams, so it’s not the lightest and thinnest device out there. However, I do like its soft touch back and the rectangular design, after the majority of Allview devices were wider rather than longer.

The display on board is an IPS LCD 4.5 inch one with a resolution of 960 x 540 pixels and inside the handset we’ve got a quad core 1.2 GHz Cortex A7 CPU made by MediaTek. Other specs include 4 GB of flash memory, of which 2 are user accessible, 1 GB of RAM and a 2100 mAh battery. There’s an 8 megapixel camera at the back and inside the box we found a screen protector, headphones, USB cable, charger, manual and the usual Bitdefender Mobile Security code.