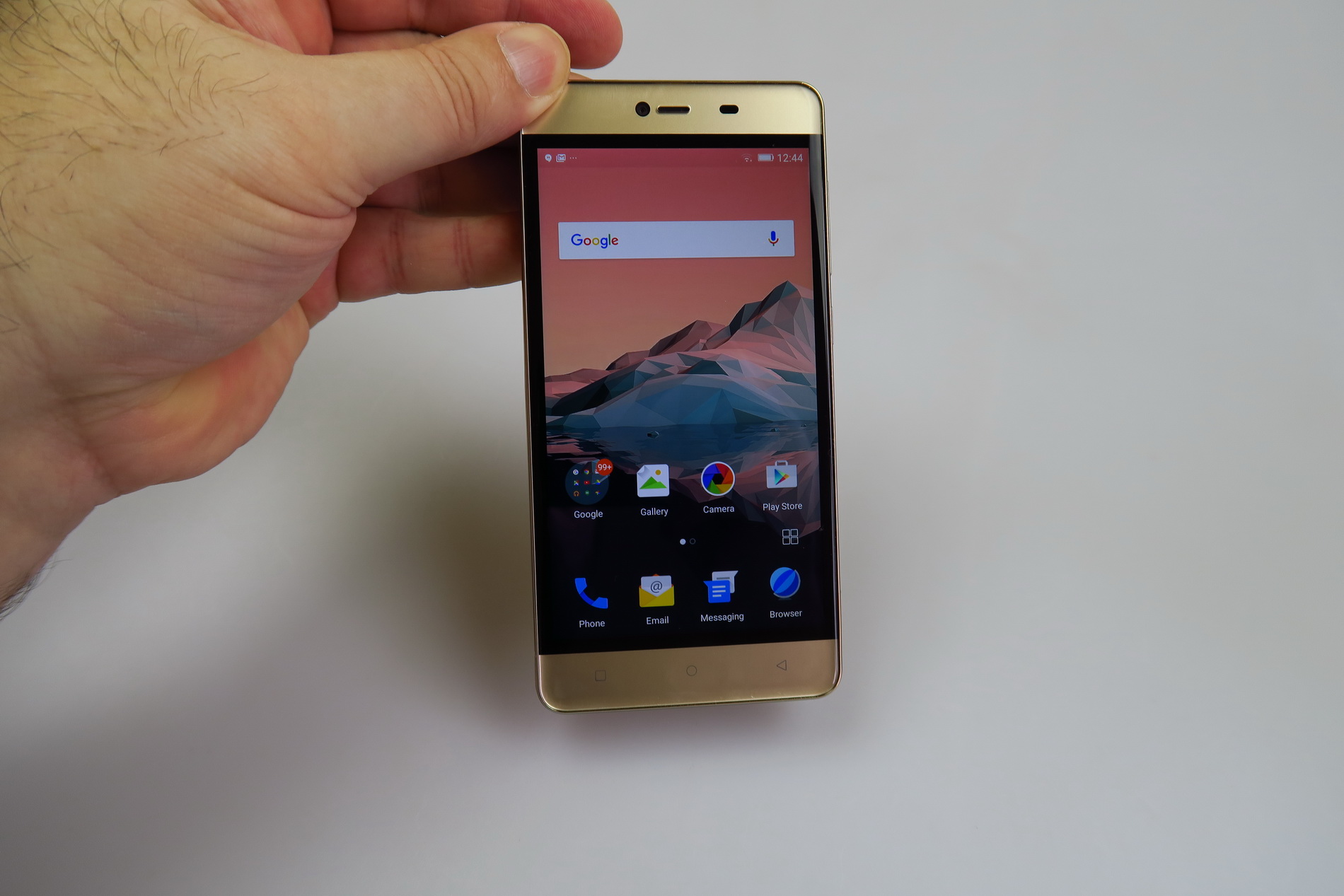 The Allview P8 Energy Mini is one of the handsets we’ve tested over the past months, a supposed battery phone, that’s actually an entirely different product. Launched a few months ago, the device is the Eastern European integrated version of the Gionee Marathon M5 Mini. We’ve already reviewed the Allview P8 Energy/Marathon M5, so the format feels familiar. 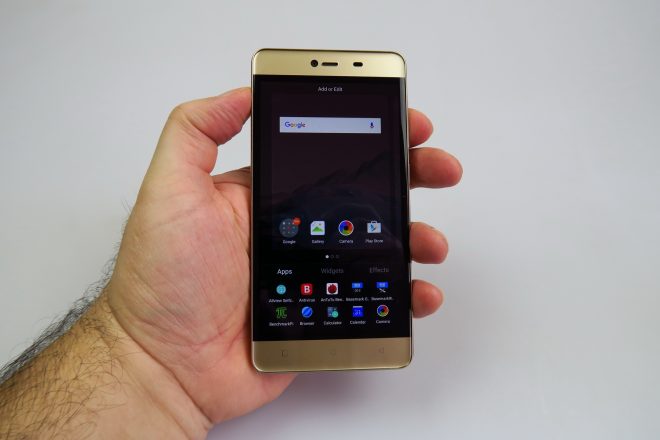 This is one of the few, if not the only non phablet battery phones, thanks to a smaller diagonal of just 5 inches. Priced at $200 or even less in some stores, the handset is a premiere for the brand Allview, being its first phone with a 2.5D screen panel upfront. It has a nice look and the device is available in gray, white or gold. It measures 8.9 mm in thickness and weighs 200 grams, while the P8 Energy measured 8.5 mm in thickness and weighed 212 grams.

Allview P8 Energy Mini is thicker than the P8 Energy by 0.4 mm and it’s 12 grams lighter. It may be a 5 inch phone, but it weighs as much as a phablet, or even more. It comes with a solid build and the back cover is easy to remove. The chassis involves both plastic and a metal frame and this model provides OK one hand usage. 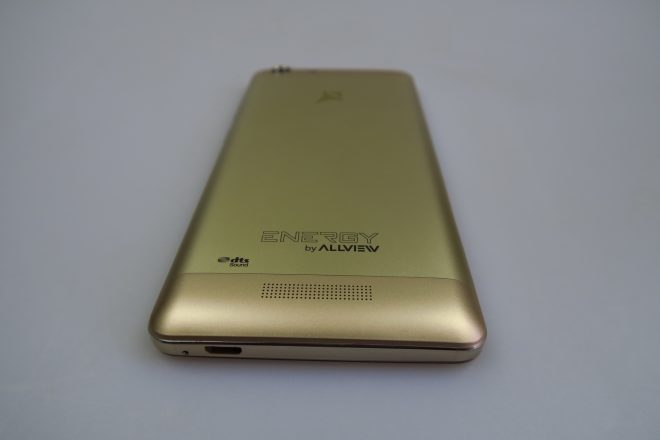 Grip is good and the smartphone is comfy and has a great facade. Moving on to the hardware, we get a 5 inch 2.5 On cell full lamination display, with an IPS LCD panel and HD resolution. The screen is protected by Dragontrail Glass and has big black bezels. The video player available here includes DTS acoustics and Pop up Play, while the viewing experience provided a pretty bright and crisp image, vivid colors, but also poor contrast, especially in full sunlight. View angles aren’t optimal vertically.

In the Settings area we found options like Adaptive Brightness, Economical Backlight, font and this was a pretty OK display overall. Now as far as the CPU goes, there’s a quad core Cortex A7 unit here, clocked at 1.3 GHz. It’s a MediaTek MT6580 chipset, with a Mali 400 MP GPU. It’s accompanied by 2 GB of RAM, 16 GB of storage, a microSD card slot and the P8 Energy Mini has no lag and comes with OK performance. 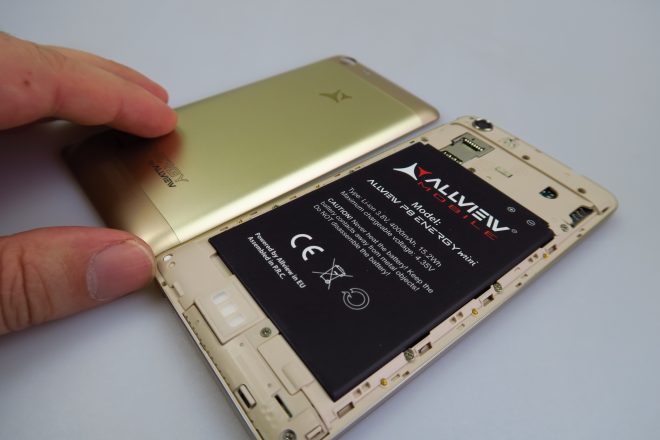 There was no stutter and all the games we threw at it, like Riptide GP2 and other such titles worked just fine. The benchmarks had reasonable results,c lose to the LG AKA and Coolpad Modena, so around the same value as other $200 or less handsets. A temperature test revealed a value of 33.1 degrees Celsius after playing the game Riptide GP2 for 15 minutes. 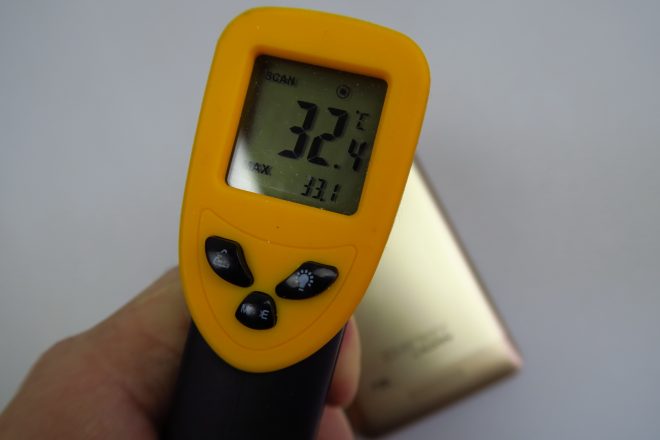 On the acoustic side of things, we get a back speaker with DTS technology and an equalizer, that includes genre settings and options for headphones in a variety of modes. There are 5 custom channels here to tweak the audio and a volume strengthen feature, too. When listening to music using the speaker, we got OK volume, good bass and all the notes were heard OK.

The speaker wasn’t very muffled at the back and when we used a decibelmeter to measure the strength of the sound, getting up to 83.6 dBA at the back and 79.8 dBA at the front. This means it beats the HTC One A9 and iPhone 6s, with the latter scoring 81.7 dBA. FM radio is also here and the headphones bundled with the phone are comfy, have a wire that tangles fast and a remote without volume buttons. 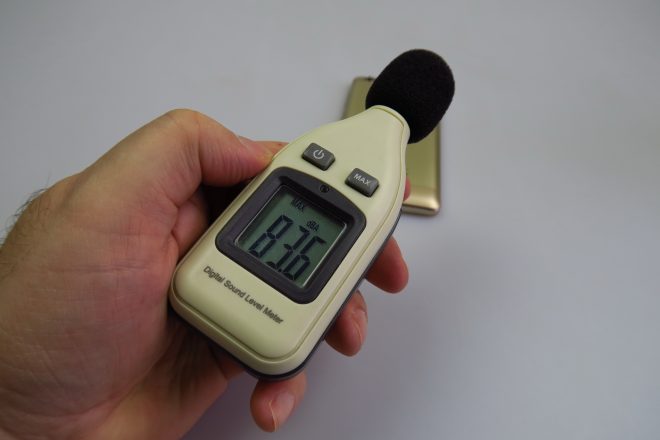 The same headphones have an OK volume, but they could be louder. The bass is only so-so when using the buds. Now it’s time to address the camera. So, at the back there’s an 8 MP shooter, with LED flash and autofocus, plus there’s a 5 MP front shooter for selfies. The camera app starts pretty fast and options include HDR, Filter, Panorama and up to Full HD video capture.

Options are pretty straightforward and the camera has an OK focus speed and capture speed for the price tag. The Gallery includes surprisingly good shots and I haven’t seen a good 8 MP camera from the iPhones with such resolutions. The shots taken during the day have great colors and exposure and the sky was excellently rendered. 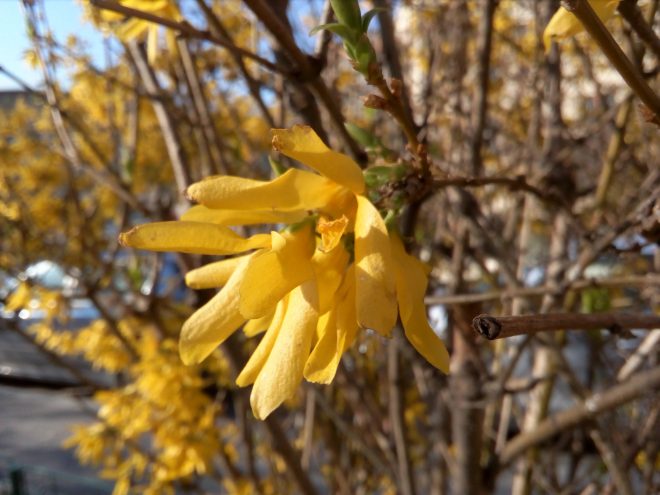 Textures looked good and the reflections were also nice. Panorama resolution was rather modest and there were no blurry shots. Focus was good, but it took quite a few attempts to get a quality closeup of flowers. In the end I managed it and I was happy with the result. HDR was a bit too white and the selfies were OK for the price.

Graffiti representation was also nice and we caught some very nice urban art in action. Even with the sun ahead, the camera went on being awesome. Have a look at that yellow flower closeup and you’ll be very impressed, especially for a phone priced a bit below $200. Exposure and white balance were good and I have to highlight the fact that this is one of the best 8 megapixel cameras I’ve seen lately.

Even when zooming in details were good and this cam even beats the one of the P8 Energy in some areas. Video was shot in MP4 format, Full HD, at 30 FPS and with a good bitrate of 24 Mbps. Usually, an Allview handset resorts to 3GPP video capture and sadly the clips were burnt and had poor stabilization.

Colors were OK and clarity was also good, plus the microphone was OK-ish when faced with the strong wind. Clips were shaky and the sudden exposure change didn’t feel very nice. Overall, the camera of the Gionee Marathon M5 Mini/ P8 Energy Mini was a pleasant surprise, pretty close to the quality of my very own iPhone 5.

Moving further, the web browser we used here had mid level speed and poor benchmarks (Sunspider and BrowserMark). The virtual keyboard was stock Lollipop material and it was well spaced. On the connectivity front, we’ve got dual SIM slots, of the micro SIM kind, HD voice and HSDPA connectivity tops, with up to 21 Mbps in download speed. 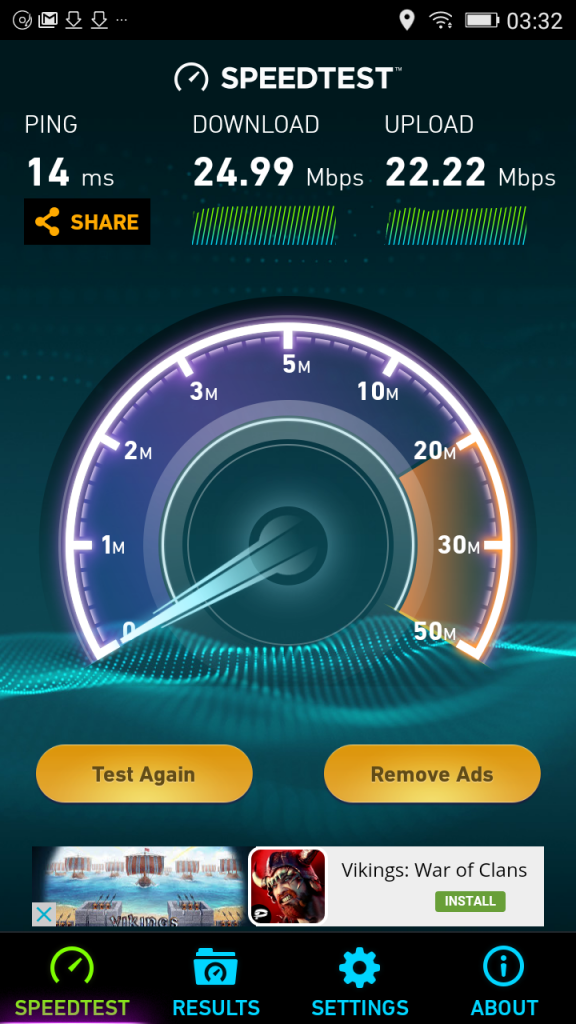 There’s no 4G LTE here, but we do have Bluetooth 4.0, WiFi 802.11 b/g/n, WiFi Direct, microUSB 2.0 and in the dialer section there’s Speed Dial. Signal is OK, but the calls cold be louder and clarity is OK. We did a speed test for the WiFi connection and reached 24 Mbps in download and 22 Mbps in upload. Allview P8 Energy Mini/Gionee Marathon M5 Mini packs a Li-Ion 4000 mAh battery, that on paper provides up to 400 hours of standby and 1500 minutes of talk time.

We did a video playback test and achieved 8 hours and 23 minutes, although we expected more from a supposed battery phone. It’s even below the entry level model Sony Xperia E4G. In PCMark we achieved 8 hours and 42 minutes, which is a good result and surpasses the likes of Galaxy Note 5 and scores a bit below the Huawei Mate 8. 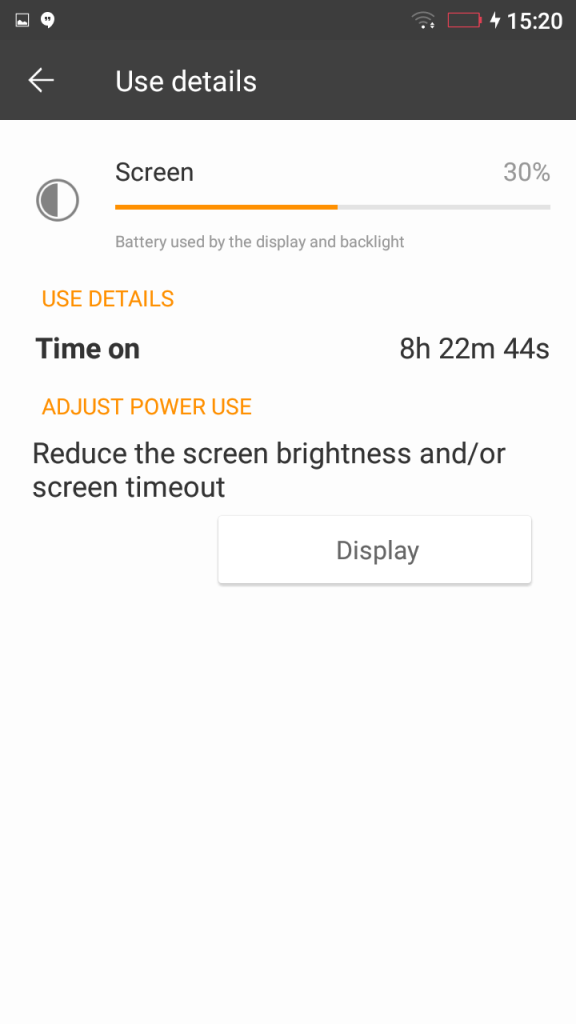 Charging takes 2 hours and 58 minutes, which is reasonable, let’s say. In the Settings area we find Standby Intelligent Power Saving, Power Saving Modes (Normal, Power Save, Extreme Power Save) and Smart Power Saving at Night. Now let’s talk about the OS, UI and apps. We’re running on Android 5.1 Lollipop in a stock version, plus or minus a few modifications.

Widgets are nice looking and we also get a carousel multitasking, typical for Lollipop. If we swipe down we can see the notifications, while a swipe up reveals Quick Settings, including a brightness slider and 4 shortcuts to apps. Speaking of apps, I counted 45 of them preinstalled, which is almost bloatware. Some are useful, like Bitdefender Mobile Security, Chameleon and System Manager. 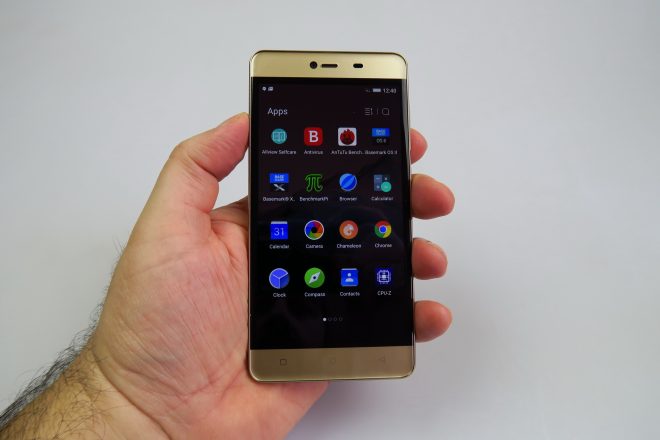 We are tempted to call this a battery phone, since it theoretically is, but in reality it’s a midranger with good camera and beefed up battery. It can serve as a power bank and offers good performance and a nice facade. This means it’s perfect as a second phone, next to the flagship you have in your pocket or purse. It’ll even replace some of its features like continuous usage and pictures decently.