Google just announced that it will be releasing Android 2.3.4 in the following weeks, with the Nexus S and Nexus One being the first models to get it. Samsung Nexus S will also get a new feature with this update: video chat through Google Talk, that gets detailed at the end of this article in a nifty video, courtesy of Google. 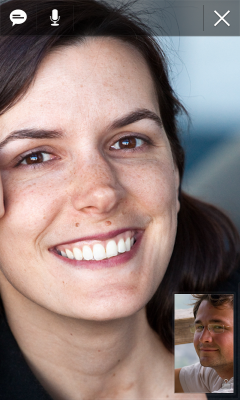 You can now video or voice chat with friends and family using a Nexus S unit with Android 2.3.4 and the new feature, compatible with Honeycomb tablets and computers with webcams. Calls over 3G, 4G and WiFi are supported, in case you’re wondering and we have to mention that this kind of video calling was already available on Honeycomb.

As far as bug fixes go, Android 2.3.4 solves the sudden shutting down and rebooting of some Nexus S units, the issue with the WiFi & 3G icons being shown as active on the same Nexus S and the battery life problems with the Nexus One. GPS location and navigation accuracy will also be corrected by this latest Android on the Nexus One.