Web analytics firm Quantcast recently released data showing that Android’s share of the North American mobile web consumption increased by 8.3% from January 2010, reaching 15.2% of the total mobile consumption in February. Turns out that both Android and BlackBerries are slowly, but surely eating into Apple’s mobile web share. 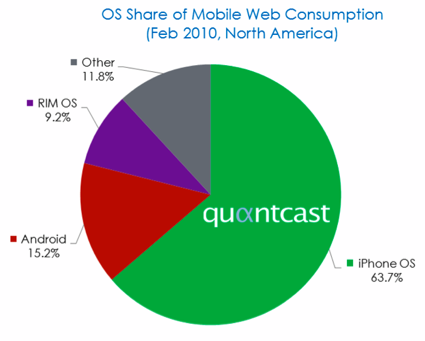 The iPhone OS share dropped 3.2% from January to February 2010, while BlackBerry’s share grew 13.2%, reaching 9.2%. This is a logical move, considering the increase in sales of the Android handsets and BlackBerries as well, while iPhone users have started to consider making a switch.

Total mobile web consumption is increasing rapidly, as shown by the same Quantcast data, so if the pie gets bigger, Apple can chill and let the rivals’ share increase a bit, for now. Will iPhone 4.0 OS have an impact on this growth? 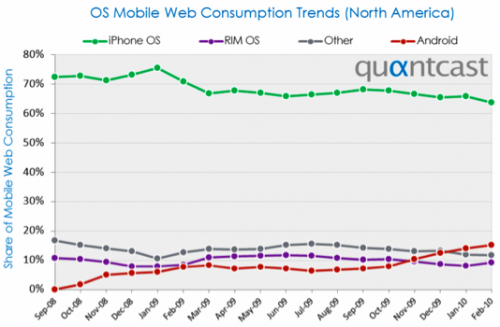