comScore’s monthly smartphone stats are in, with the company reporting predictable results. Android for one is growing rapidly, while iOS passed RIM’s BlackBerry in April. Meanwhile, Windows Phone 7 doesn’t seem to be gaining market share, but rather losing it, going down 0.8% in April. 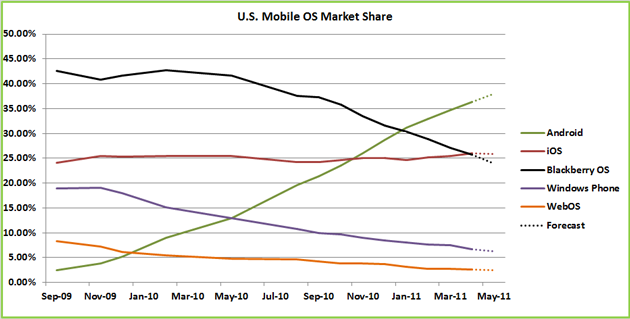 Analysts are saying that this OS probably won’t make it past Christmas, unless HP has something surprising to show. With the recent announcement of iOS 5, I can only see Apple’s platform growing in the future, although their latest platform looks a bit similar to Android, so that’s not quite a big plus for them.