The iPhone’s App Store should start to feel the strength of the Android platform soon, as the Android Market has just reached the 20,000 apps mark. AndroLib claims that the online store has doubled its size in the last five months, in spite of the fact that Google doesn’t disclose statistics regarding its service. 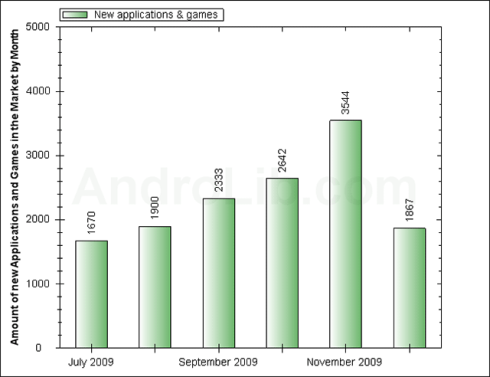 The statistics attached to this article will give you an idea on how things work with Android Market and prove that the platform is truly evolving. November was a bomb for new Android apps in the English language Android Market, also meaning a big gain month over month, thanks to Motorola Droid and its huge sales. 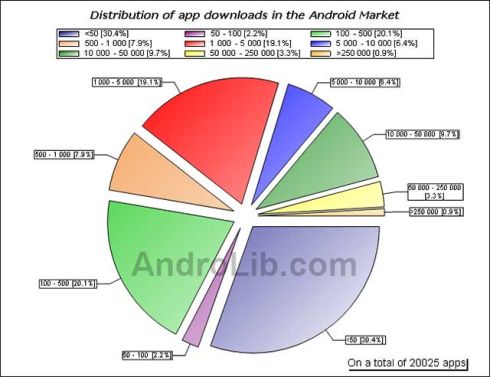 Things will get interesting in 2010, specially with the new Nexus One phone and the avalanche of Android smartphones coming. How long till it beats the App Store’s popularity?