Just the other day we were gazing at some photos of the soon to be launched in China Motorola XT800/Zeppelin handset. This Android phone might also go by the name of Titanium, but what’s really important is that there’s a new image to have a look at, showing its OS in action. 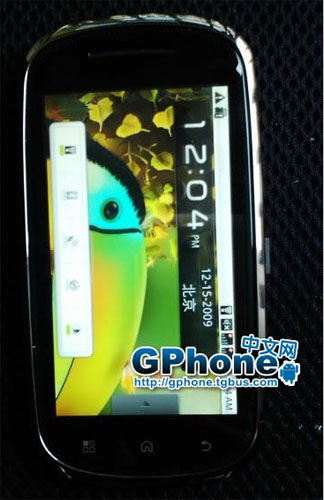 Meant for China Telecom, the XT800 features a 3.7 inch WVGA display and the picture shows us that the device uses the font on Droid’s dock standby screen for its home screen date/time widget. Also, the Power Control widget on the screen means that this is an older build of Android, maybe 2.0, or maybe even 1.5 or 1.6.

Moto Zeppelin will also pack a HDMI out port and support 720p for some serious multimedia action, but we’re still charmed by its design, maybe even hotter than Droid’s.