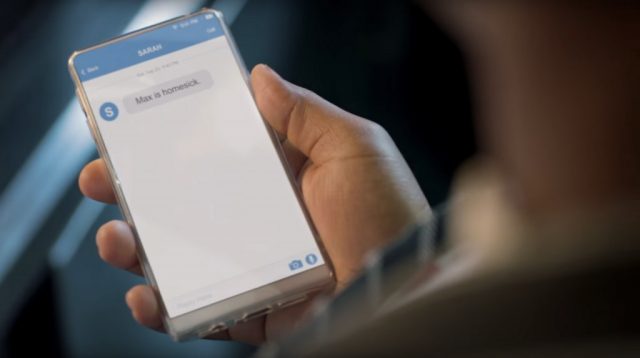 Andy Rubin’s Essential startup has been hard at work at a new smartphone, dubbed the Essential Phone and now we also have a leak regarding that device. It’s been spotted in a Michelin ad, at second 7 of the video below.

Previously leaked in various teasers and mildly revealing pics, the device is now shown in pretty good clarity, with a case attached. It continues to have ultra narrow bezels, especially on the sides and top. The bottom part includes a chin and the lower area seems to have 3 cutouts in the case. One’s probably for the USB Type C port, another for the audio jack and another for the speaker.

The design is very similar to the one of the Sharp Aquos Crystal X, rather than the Xiaomi Mi MIX for example. We’ve seen previous teasers with very narrow bezels and various confirmations that the machine will run on Android. Fully named Essential FIH-PM1, the device is expected to debut this summer, with it specs already revealed by a GFXBench leak.

It’s said to have 4 GB of RAM, a Snapdragon 835 processor, as well as a Quad HD screen and a 12 MP camera. We’ll probably see more leaks before the summer launch.