Nielsen is a company that handles marketing and advertising research and it seems that they have recently published a report concerning the state of mobile app stores in the US. Predictably enough, the Apple App Store ranks highest in the customer satisfaction department, followed by Google’s Android Market. 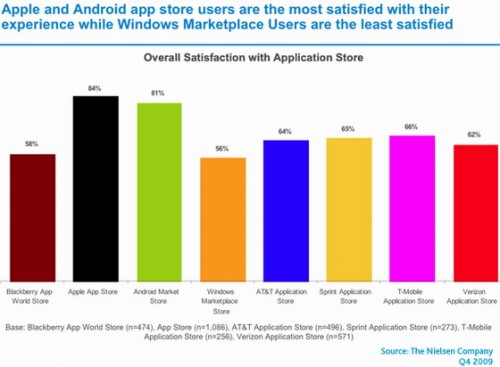 If you’re wondering what happened to Nokia’s Ovi Store, know that they’re not even on the list, because their US market share is too tiny. As shown in the pie chart below, the 3 most used app stores in the States are the Apple App Store, BlackBerry App World and Verizon’s Application Store. 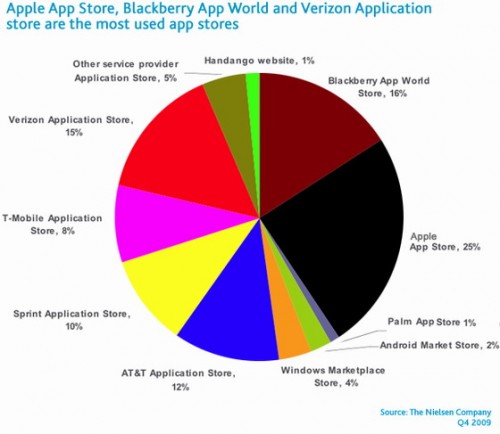 Windows Marketplace only gets 4% of the user base, Android Market can only reach 2%, while the Palm App Store gets a mere 1%. Nielsen also mentions that the iPhone users rank highest when it comes to apps installed on their devices, followed by Android users. If you’re interested, the full report is available over here. 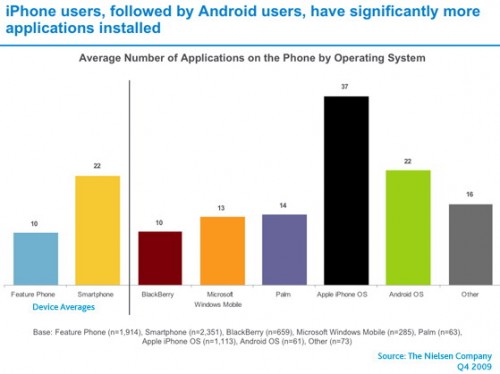