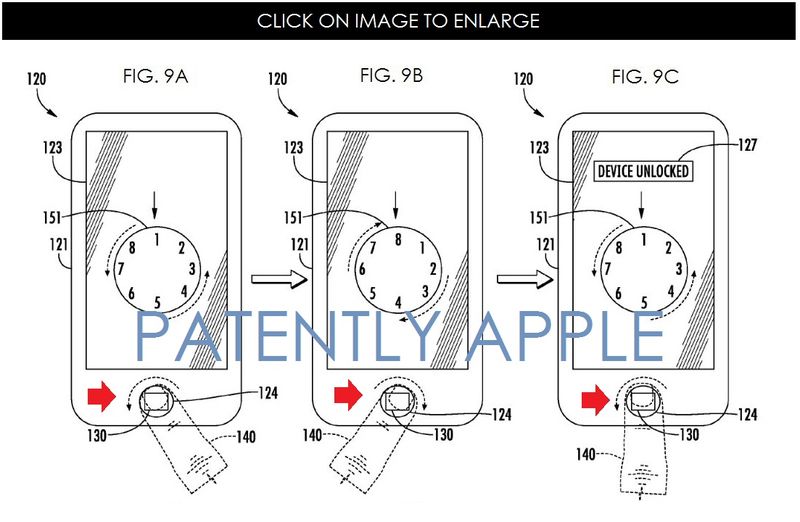 Apple has received a new patent this week, one that makes the Touch ID authentication even more secure. We’re talking about adding an extra layer of security to the classic fingerprint scanning, by offering a safe combination-style unlock method. 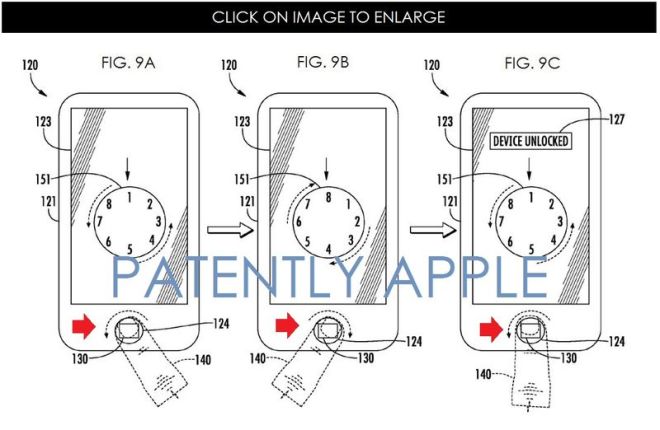 Basically, by rotating your finger on the Touch ID sensor you will be able to input a series of figures on a round dial shown on the screen. That will add more security to the already hacked Touch ID, that’s still a pretty safe solution for mobiles. The electronic device in question will use a processor to interpret the data from the Touch ID sensor, based on the input motions. 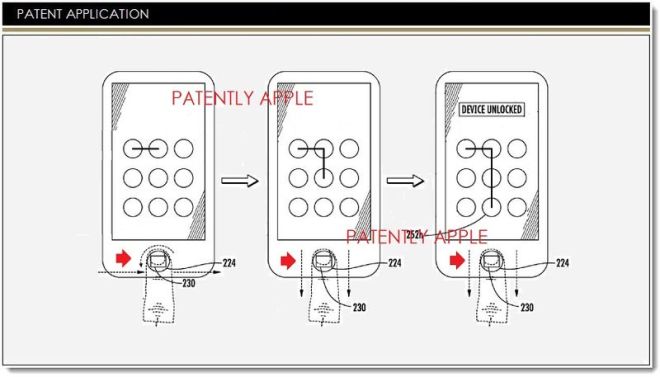 The stored pattern may also come as linear movements or rotational movements, that hasn’t been decided yet. The linear movements part reminds me of the authentication on Android, that’s been available for a while now with such pattern unlocks, but not using a special sensor. The patent was originally filed in Q2 2013, so it dates quite a while ago.