Home Apple Apple Gets Patent for 3D In Air Gesture System, May be Used...

The US Patent and Trademark Office has published 37 newly granted patents for Apple, including ones related to 3D in-air gesture systems. Those are used to control actions on displays or future TV sets.

The new Apple patent covers an invention related to the user interface for computerized systems, especially UIs based on three dimensional sensing. The invention mentions some non tactile gestures done in three dimensional fashion and it involves sensing a set of multiple 3D coordinates that represent a gesture by a hand positioned within a field of view of a sensing device that’s connected to a computer.

I imagine here something like a Kinect meets the Amazon Fire Phone, but in a less complicated fashion. Documents mention a gesture that involves a rising motion along a vertical axis in space. A future TV or display may be controlled like that, but I wouldn’t exclude this technology from a potential future iPad or iPhone. Gaming features may also be offered by this invention. 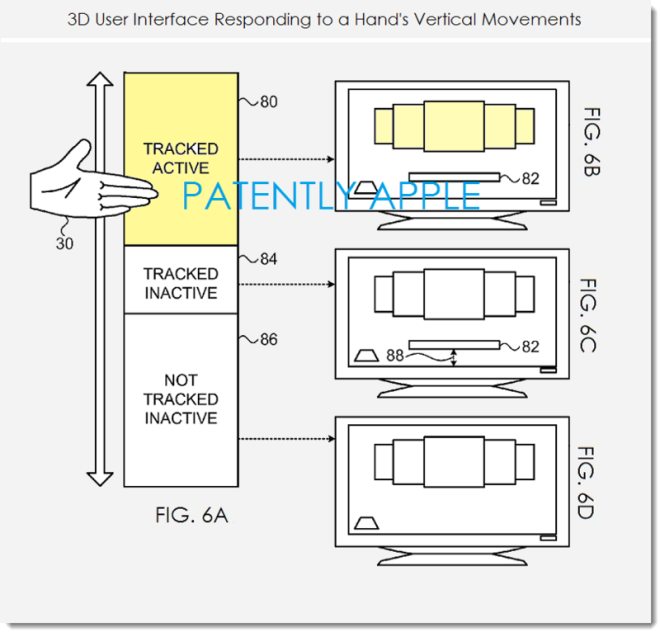 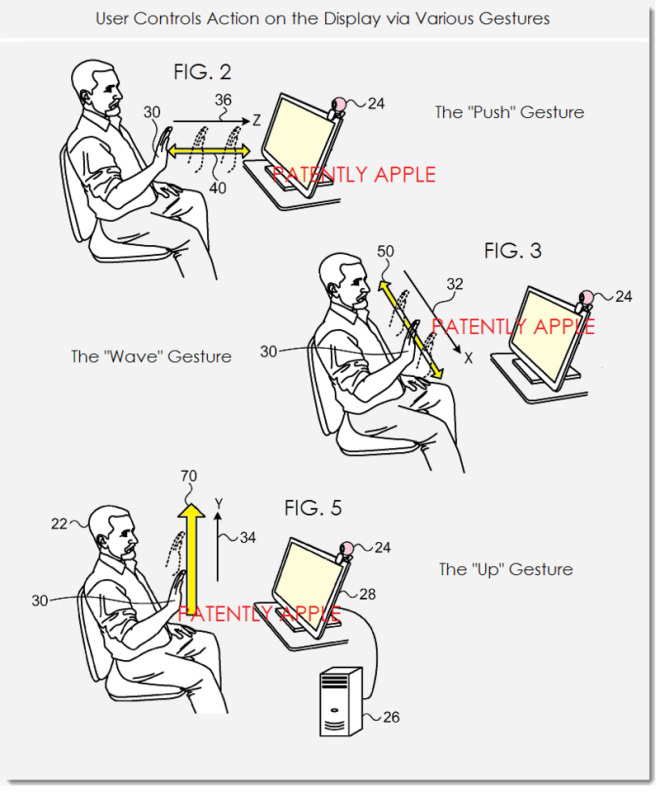