The folks of nowhereelse.fr have come up with a pretty neat commercial for the upcoming Apple Tablet and you can check it out below, if you’re curious. We remind you that the Apple iPad will probably be announced tomorrow, on January 27th, during an official event in San Francisco.

Also, we’ve just seen a brand new leaked image of the tablet, barely 24 hours ahead of its big debut. We don’t yet know the device’s name, but odds are that it’ll be called the iPad, although the MacTablet or iTablet also sound good.

As far as the leaked pic is concerned, it certainly confirms that the new product is an oversized iPhone, complete with Home button and all. 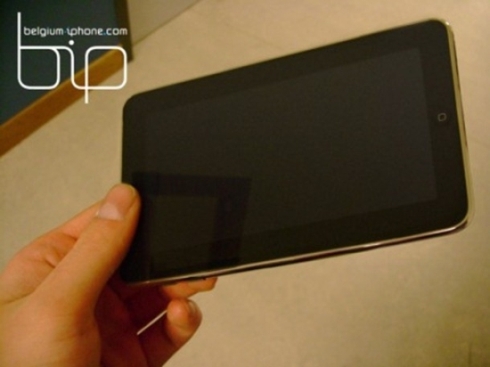