Apple has recently surpassed Nokia, as far as handset-based profit is concerned, thanks to the ever popular iPhone, according to Strategy Analytics. The Cupertino giant’s Q3 operating profit from iPhone sales was $1.6 billion, while Nokia lagged behind with $1.1 billion, generated by its handset unit. 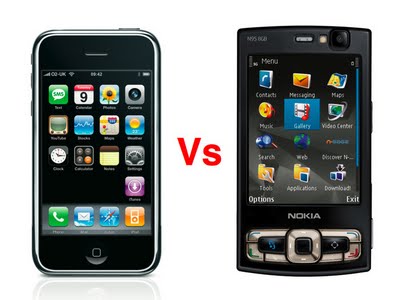 The Finns are struggling to keep up with the smartphone market, competing with the likes of RIM, Apple and Motorola, specially because of the latter’s Droid handset. Also, it’s important to mention that Nokia lost 6% of its smartphone market share in Q3, as it posted its first quarterly loss since 1996.

Specialists see the US as the battlefield between Nokia and Apple, with the Finns gaining back market share in 2010, thanks to new products and changes of strategy. On the smartphone market, Nokia’s market share fell from 41% to 35% in the third quarter, but the company hopes to regain it, by working with top US mobile carriers, like AT&T in the following months.