Believe it or not, the folks of Cupertino, who were recently sued by Nokia for infringing a bunch of patents with the iPhone have decided to sue the Finns, for a couple of patents of their own. 13 to be more precise, each more complex than the other… 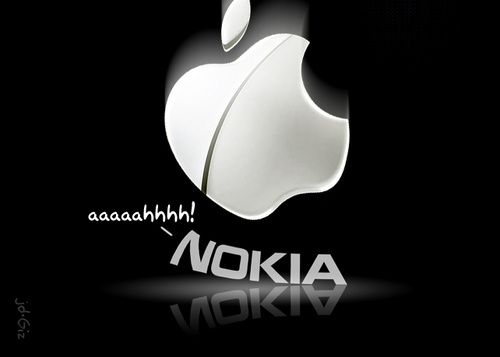 Apple general counsel Bruce Sewell went out and stated that Nokia “stole” the Cupertino company’s technologies. Among the papers claming the patent theft, there were mentions of technologies like real time signal processing, display graphics, teleconferencing, power conservation and other functions of smartphones.

The American firm’s representatives say that Nokia copied the iPhone’s design and user interface and also talked about the E71, as one of the products that infringes Apple’s patents. Nokia devices with built-in cameras are also mentioned, as well as S60 devices and Symbian platform units. Damages are being required, plus the prohibition of using said technologies for Nokia.