Last week was all about Google I/O and the announcement of Google TV and Android 2.2 Froyo, but now it’s time for Apple to shine. June 7 will be the date to wait for, as that’s the moment when Steve Jobs announces the new iPhone and possibly a revamp of the Apple TV product, as an answer to Google’s similar offer. 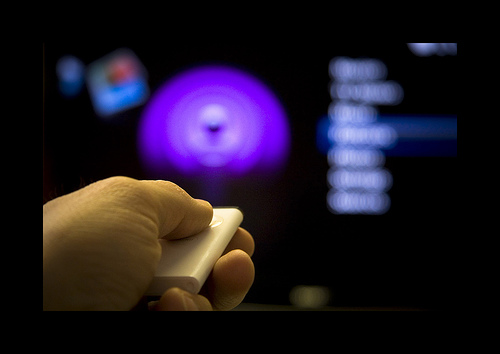 Engadget has the scoop on this, citing sources saying that a new version of Apple TV is coming and it’s based on the iPhone OS. Also, it’ll be opened to third party apps and compete with Google’s future Android TVs. If we were blown away by the idea of having our TVs accessing Android Marketplace and apps, now it turns out that Apple will provide the same features, complete with iTunes, YouTube clips and maybe iPhone apps.

A price cut will also be involved, as the new Apple TV version will cost $99, much less than the current $229. Till now we’ve only known that Apple TV isn’t selling that well, but maybe this time it’ll take off…