There have been quite a lot of VoIP apps to use on the iPhone, since its maker and AT&T allowed such software to work on the handset, but only now the official Skype app is available. Version 2.0 of the application has just hit the iPhone, two months after Skype and 3G calls were available on Android with Verizon. 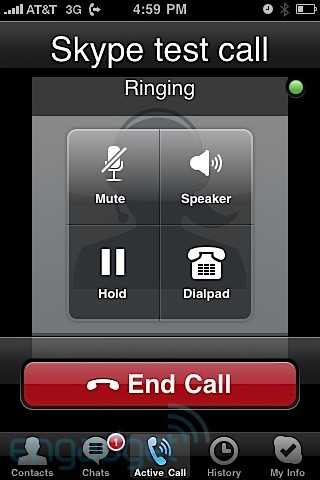 Skype 2.0 for iPhone supports voice calls via 3G connection and mobile iPhone calls will be free till August, requiring a mobile subscription afterwards. Engadget has already tested the app and claims that it works just as well as any other similar solution, without being revolutionary.