About a week ago I had the change to spend a few minutes in the company of the iPhone 11. I actually got to unbox the yellow version of the new iPhone, as it came to my country (Romania) in the second wave of launches. The first thing I noticed is that I actually like its back side more than the iPhone 11 Pro and 11 Pro Max ones…

Priced at $50 less than the iPhone XR and actually following it as a direct successor, the device comes in 6 colors and adopts the same usual packaging. It offers the classic charger, unlike the iPhone 11 Pro and 11 Pro Max, which have fast charger. There’s also the classic pair of EarPods headphones, sans adapter this time, a Lightning to USD cable, stickers, manuals and the metal key used to access the SIM. 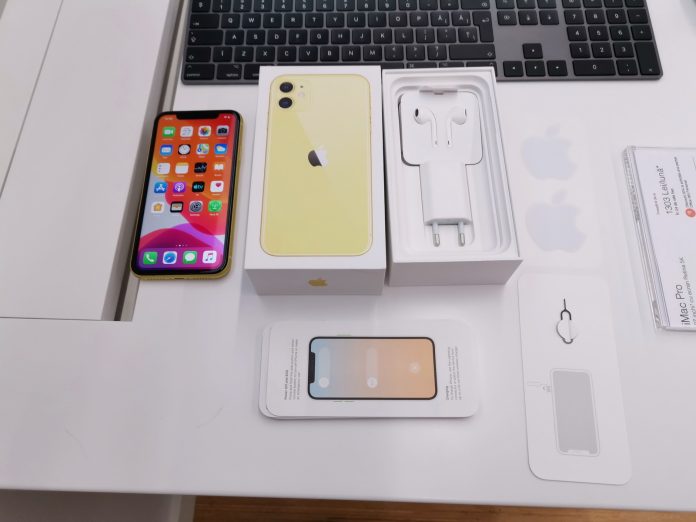 Made of glass and metal, the device also feels a little less glossy than its predecessor. It also comes in black, white, violet, green and Product RED. While the back side is pretty OK for me design-wise, the facade is old and boring. It’s got the same IPS LCD 6.1 inch panel from the iPhone XR and the same resolution caught between HD and FHD. And that’s not OK in 2019… but you won’t notice it during everyday use, even if you squint. 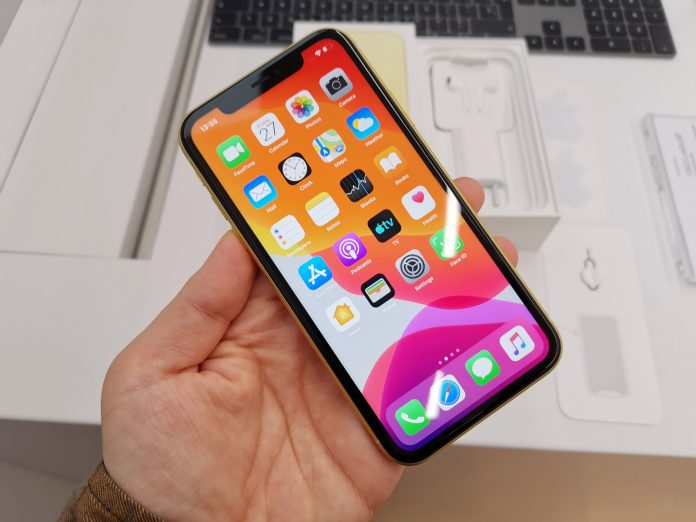 The screen is bright and crisp enough, or at least so it seemed to me. The bezels are godawful and huge, very thick for 2019. And that comes from a person who’s not a fan of the edge to edge movement or waterfall screens. At least we get the brand new potent Apple A13 CPU inside, only this time it doesn’t seem to obliterate the competition in benchmarks as much.

Also putting an iPhone 11 (or 11 Pro) next to a OnePlus 7 Pro with Android 10 and 90 Hz screen or next to a Pixel 3 XL makes it feel sluggish. There are two 12 MP back cameras now, one regular and one ultra wide with a 120 degree view angle. It actually catches extra info compared to the Huawei Mate 30 Pro, which has a lesser wide angle. Upfront there’s finally a more decent camera, a 12 MP shooter for selfies. 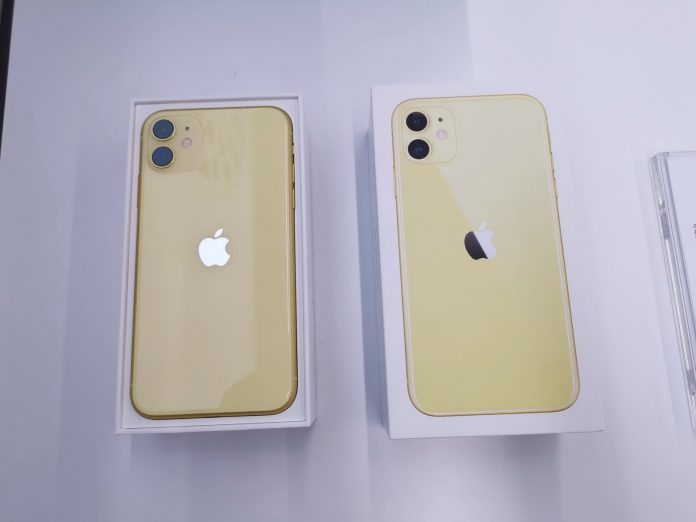 Also, you can filmd in 4K with both the front and back cameras in 60 FPS too. We didn’t forget about Face ID, which is also here, now with more accuracy and wider angles to “capture” your face and unlock the device. There’s wireless charging, 4 GB of RAM, 64, 128 or 256 GB of storage and a 3100 mAh battery, as well as stereo speakers. Forgot to mention it’s a rather heavy phone at 194 grams and reasonably thick at 8.3 mm. Somehow it also felt very wide in my hand coming from the Huawei Mate 20 Pro and OnePlus 6T I use every day. 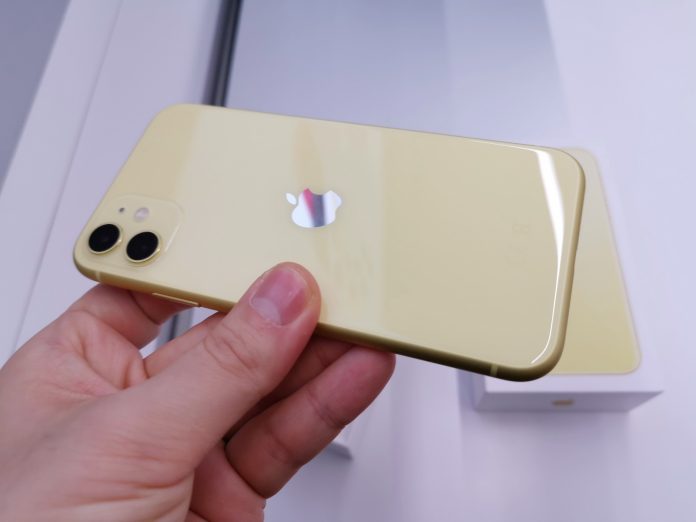 Among the novelties there’s the fact you can switch between cameras in the camera UI, with a wide angle shortcut, plus there’s the auto activating Night Mode and the Photos with extra editing options. I can’t quite suggest you go ahead and upgrade from the iPhone XR to the 11, but if you’re using anything less than the iPhone 8 Plus, you could do that. I supposed that the colorful body, the price and the CPU could end up being selling points.

The camera… well I’ll have to test it first, but I remember being happy with the capture of the iPhone XR last year, even the video one. Too bad for the facade, otherwise this device would have been a very interesting purchase, at around $650… I would much rather get the Galaxy S10e and get a similar performance, if not better screen wise and battery wise.