Here we are again with another fresh unboxing, this time the one of the Xiaomi Mi 9T, or as it’s known in some parts of the world, Redmi K20. The device is priced at around $309 and it was launched in June 2019. It comes in red, black or blue and we have the beautiful blue version here. Let’s check it out!

First of all, I love the design! The phone is a bit on the heavy side, at 191 grams, but I love the darker center back area and side blue areas, that catch the light with green or yellow reflections. There’s also the pop up selfie camera that lights up when it’s lifted, something I haven’t seen on other phones with cameras of this kind. Now back to the unboxing, inside the box we find a charger, USB-C cable, SIM key, manual and a case. 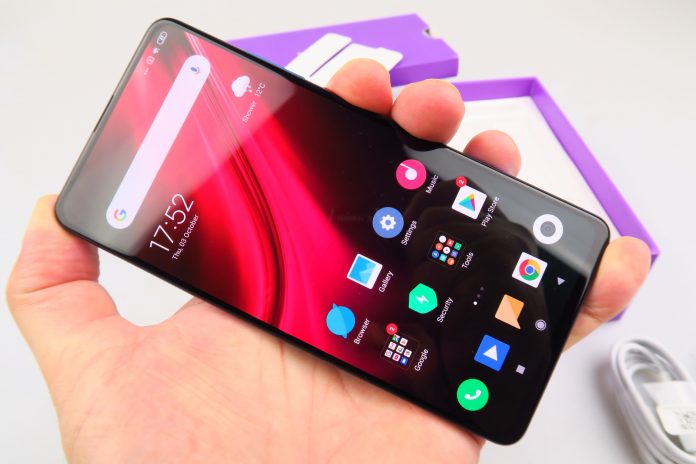 Said case feels like the back side of an older Nokia Lumia. Xiaomi Mi 9T/Redmi K20 is made of glass and aluminium, with a waistline of 8.8 mm. It’s pretty grippy and doesn’t have any notches or cutouts, so the 6.39 inch AMOLED screen can breathe freely. It provides a 2340 x 1080 pixel resolution and HDR support There’s also a Snapdragon 730 CPU inside, accompanied by 6 GB of RAM, 64 or 128 GB of storage and a 4000 mAh battery. No microSD card slot though… 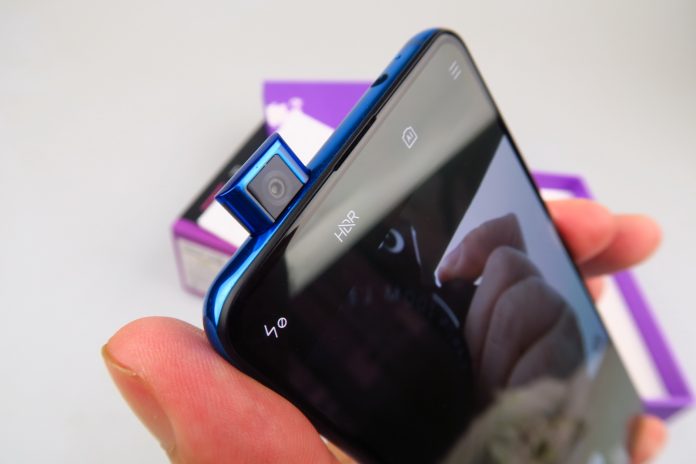 We also have 18W fast charge and an in display fingerprint scanner, which I’ve tried and works pretty fast. The selfie camera is a 20 MP shooter, while the main triple cam includes a Sony 48 MP sensor (apparently IMx582 not 586 according to Xiaomi India), plus an 8 megapixel telephoto camera with 2X optical zoom and 13 MP ultra wide camera. It shoots 4K in 30 FPS and has a variety of Studio Lighting options. 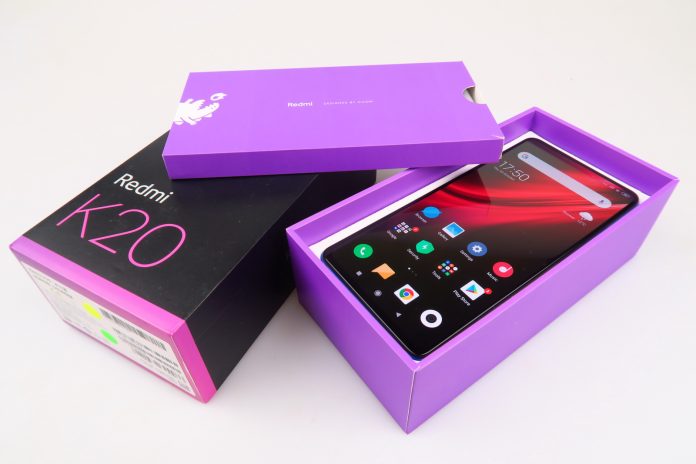 From what I’ve heard this phone also has drop detection, so it’ll know to pull back the pop up camera when it’s being dropped. It’s got dual SIM card slots, Bluetooth 5.0, USB-C port, 4G LTE, GPS and an audio jack. I’m not a very big fan of MIUI, but I can appreciate its minimalistic approach. So far I like the design and selfie camera lights, but I’m not a fan of the microSD lack and the weight of the device.

We’ll be back with a full review soon. You can get the phone from here.