After all the handset leaks of the past weeks, we were expecting something to come out of the RIM camp and here we have it ladies and gentlemen: BlackBerry Storm 2 is coming to town this Fall. 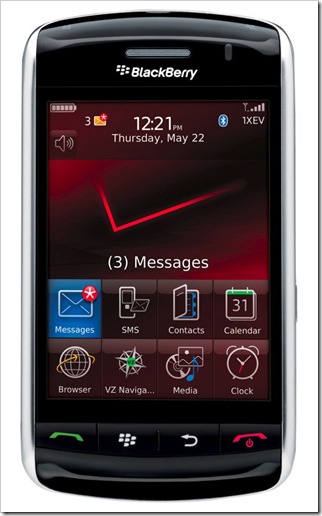 A SlashGear source claims that we’ll be seeing a Storm successor on the market with Wi-Fi in board, as well as 3G support. Storm 2 will upgrade more aspects of its predecessor, but those were not announced yet. Also, there’s word about a pretty early launch of the phone, courtesy of Verizon.

We could even see Storm 2 in stores before BlackBerry Storm reaches its one year anniversary and we have to say that adding Wi-Fi support to the specs list is cool and unexpected from Verizon, who try to avoid having users go to the VoIP side and opt for rival services.