Bluboo S3 was unveiled last month and it’s easily called a “powerbank phone”, on account of the huge 8500 mAh battery inside. We unboxed it below and found a wealth of accessories inide. Priced at $169.99 on Banggood.com or $177 on DX.com, this smartphone may just be the heaviest we’ve played with, at 282 grams.

The handset is a 6 incher, basically a big old phablet with narrow bezels and curved screen corners. Inside the box there’s quite a few accessories: big charger (up to 12V and 2A), USB Type-C cable, USB Type-C to 3.5 mm adapter, SIM key, manual, case and screen protection. There’s also an USB dongle in the mix and a special 3 in 1 adapter, with a Lightning, microUSB and USB Type-C connector, allowing the Bluboo S3 to juice up other phones. 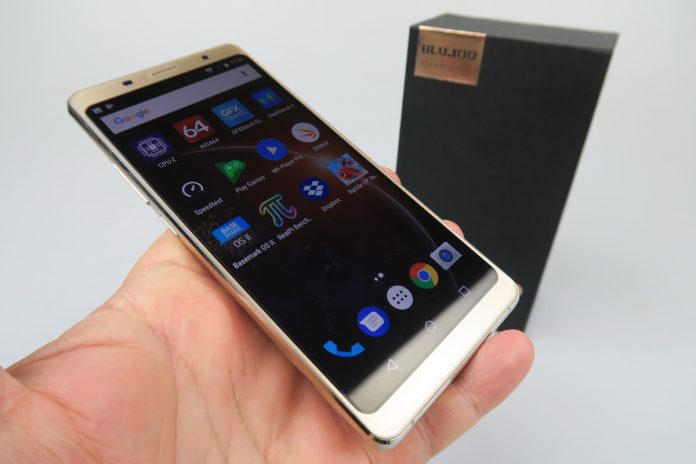 They’re powered up at about 1A. By the way we don’t have an audio jack here or a pair of headphones. Now, as far as the specs go, we get a 6 inch 18:9 Full HD+ screen, plus an octa core MediaTek MT6750T processor, 4 GB of RAM and 64 GB of storage. There’s also a microSD card slot, a 8500 mAh battery and a dual back camera, with Samsung sensors. Those are 21 MP + 5 MP sensors, with dual tone flash in the mix. 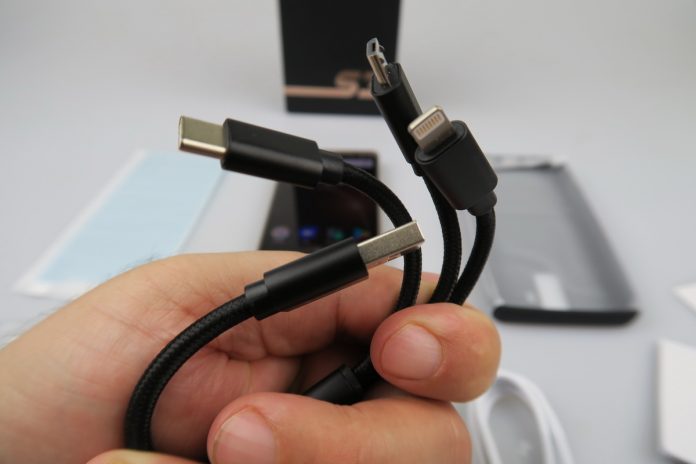 A fingerprint scanner is also in the mix, below the dual camera, plus a mechanism called Face ID, for face unlock. When I said this is a huge phone, I meant it, because it weighs 282 grams and measures 11.6 mm in thickness. The front camera has a 13 MP resolution , in case you’re wondering. This smartphone runs on Android Nougat and Bluboo has promised to be back with an Oreo 8.1 update as soon as possible. 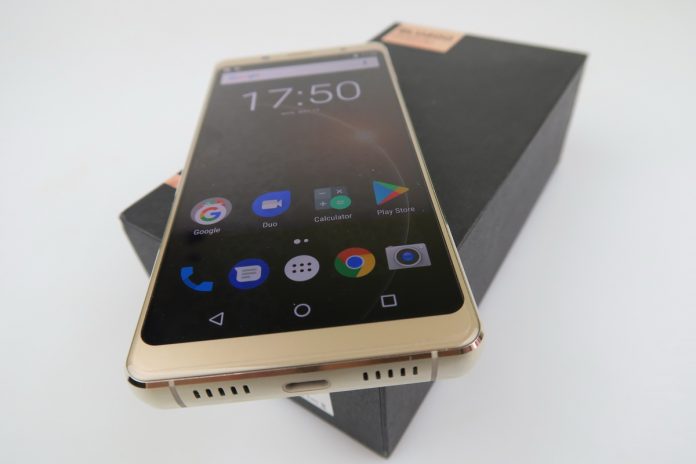 The back of the Bluboo S3 feels like the one of the Galaxy S5 in look, but it’s metallic and made of zinc alloy, feeling sturdy and tough. The specs list is completed with VoLTE, NFC, WiFi, Bluetooth 4.0. The camera UI is rather basic, with a Portrait mode and other basic features. So far I’d say that this feels like an excellent phone to take on a trip to juice up at least three other phones, so it’s a gold mine.

We’ll try and see if it’s good for other purposes as we review it soon. In the meantime you can get it here: