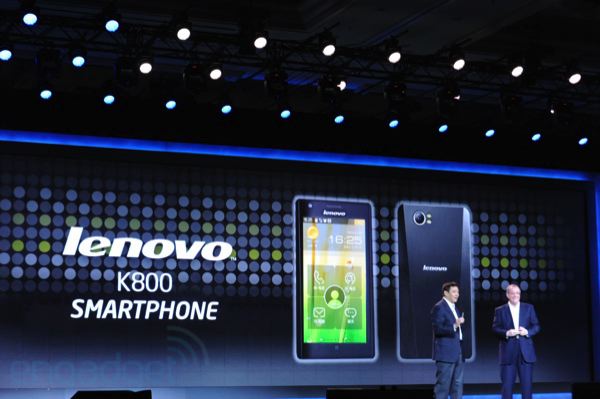 You must also know that Intel announced its partnership with Motorola and Lenovo to deliver smartphones and tablets based on Intel CPU this year. The Lenovo K800 features an Intel Atom Z2640 processor with 1.6GHz frequency, plus a 4.5 inch TFT display I mentioned before and an 8 megapixel camera at the back. Another interesting feat is the support for Intel’s Wi-Di technology, that allows phone users to connect via wireless to external displays.

These screens will show the same content as the one on the handset’s screen. Excited about this new product and the new direction that Intel has taken recently (smartphones/tablets)? Think they’ll make it?