Vizio was present at CES two years ago, announcing the Vizio Phone, an Android device with a skin on top, that was quietly killed by US carriers, apparently. Vizio turned to Windows PCs then and now it’s back to phones at CES 2013, but they only plan to bring their fresh duo to China. 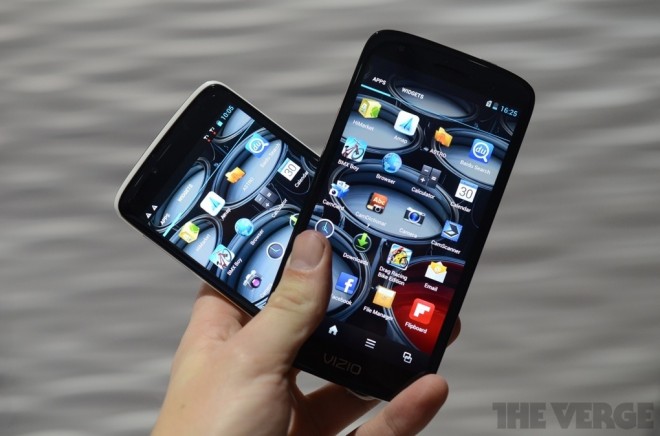 The newcomers are a 4.7 inch 720p device with dual SIM slots and a 5 inch 1080p handset. Both run stock Jelly Bean and the 5 inch unit has a mystery dual core 1.5 GHz Qualcomm CPU, as well as 2 GB of RAM. The 4.7 incher relies on a dual core 1.2 GHz MediaTek chip and 1 GB of RAM. These handsets have laminated high resolution displays and they look very, very hot, as shown by the pictures here.

The 5 incher is dubbed as generic, aside from the display, while the 4.7 inch phone has a lightly texture matte white plastic body, with an unibody chassis and a ceramic feel to it. It basically reminds everyone of a HTC One X. Vizio CTO Matt McRae is claiming that both newcomers will run on AT&T’s 3G network, but they will lack LTE support. These phones will debut in China and come to the US later on. 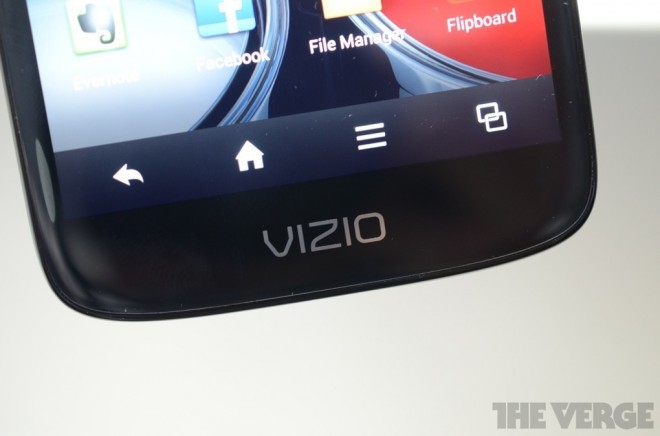