Consumer Reports is having a tricky month, since at first they rushed to praise the iPhone 4, then learned about its problems and retracted all praise. Even now, when Apple promised to give people cash back or free bumpers to solve the signal issue, they still can’t recommend the phone. 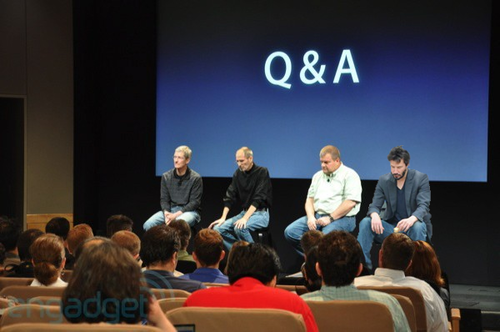 A recent comment coming from Consumer Reports says that Apple’s offering of free cases is a “good first step”, but not a long term solution. A long term fix is what everyone wants and till then, the handset is far from being anyone’s favorite choice. Apple’s solution could be a recall of the malfunctioning units, but this would damage sales and the company’s image.

Since the iPhone maker was low enough to open their conference on Friday giving examples of other handsets that have the same antenna issue, they might as well solve the hardware problem on the iPhone 4 by creating an accessory that must be attached to the phone and cost a bunch…