Dell’s first Android phone, the Mini 3ix has just recently received the green light for launch from the FCC and we learn that AT&T is planning to release the handset in Q1 2010. The handset was initially meant for China only and we have to say it’s surprising to see AT&T getting a piece of the Android pie. 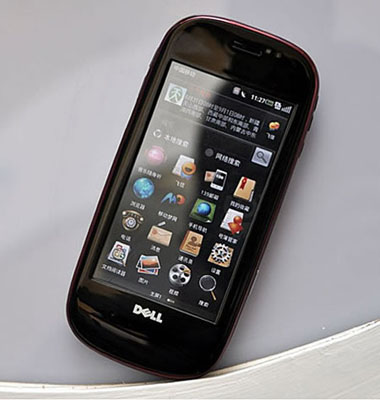 The main difference between this version of the phone and the Chinese one is the inclusion of WiFi and 3G support, with Mini 3ix coming with 850 and 1900 MHz bands, a 3.5 inch touchcscreen display (640 x 360 pixels), A-GPS and a 3 megapixel camera with autofocus and flash.

Microsoft Exchange is also on the specs list, plus a microSD card slot and a virtual keyboard. We don’t yet know how well specced this phone is, when it comes to RAM, ROM, CPU power and other such hardware features.