HTC 603e is a handset model that has leaked before and now it’s back with a new name and some interesting details. The device is now officially called HTC E1 and it’s not the Chinese version of the HTC M4, as it was rumored. The device costs $290 and it’s a dual SIM unit. 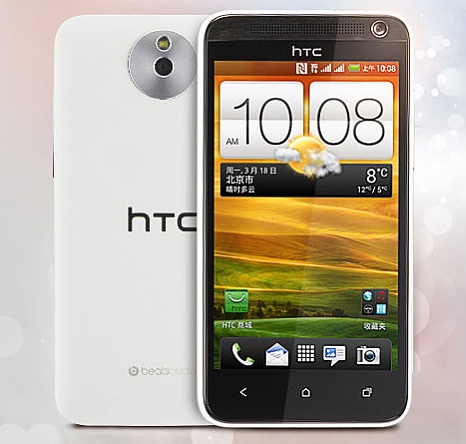 It should debut in China and odds are that it will stay there, never reaching Europe or USA. Interested customers can order it here, since it’s available on pre-sale on HTC China’s webstore. HTC E1 is only listed in its white version right now. The handset runs Android 4.1 Jelly Bean and has an Android 4.2 update scheduled for later this year.

Features include HTC Sense 4.0+, a 4.3 inch WVGA Super LCD2 display, HSPA for one SIM only, NFC and A-GPS. There’s also WiFi, Beats Audio, Bluetooth 4.0 and a 5 megapixel rear camera with LED flash. Upfront we’ve got a 2.1 megapixel camera and inside there’s a dual core Qualcomm CPU clocked at 1.5 GHz, as well as 1 GB of RAM and 8 GB of storage. Finally, HTC E1 incorporates a 2100 mAh battery.