Orascom Telecom is planning on launching a service in North Korea, as the head of the Egyptian firm is present in Pyongyang, NKorea right now, perhaps for negotiations. Back in January, the company announced that it would invest 400 million dollars in this projects and the service was supposed to debut on December 10 in Pyongyang. 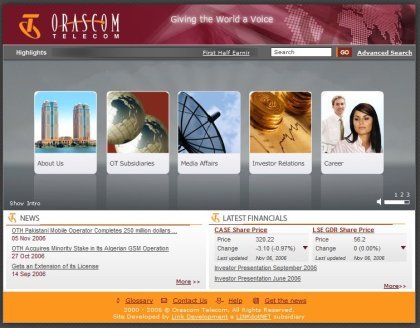 Orascom Telecom’s offer will soon be available throughout the country, with cellphones that will cost $700, very expensive for the majority of the potential customers. This service could be available only for communist party officials, as the authorities control information strictly and are yet to implement state-independent or foreign mobile phone service.

To get a better glimpse of the situation, you should know that North Korean residents close to the Chinese border, who use the neighbouring country’s  relay stations for communications can be arrested or fined.