The mobile carriers in the European Union have just adopted eCall, an alert system that automatically dials 112 (the European number for emergencies). The system will be incorporated in vehicles and used all over the continent, in the attempt to reduce the number of car crash victims. 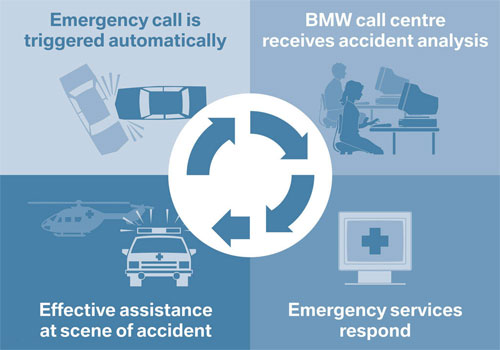 eCall also pinpoints the exact location of the crashed vehicles on the map and it relies on the mobile phones’ signals and the GPS coordinates for locating victims. The system will be activated once the car’s airbag is open, for example and a phone line that links the caller with 112 will be automatically put through, allowing the driver to call for help.

The freshly approved system might be incorporated into GPS units in the future, being the perfect add-on to gadgets stuck on the car’s dashboard. There’s already an European standard of this technology, but 6 countries (France and UK included) haven’t yet managed to adopt it, specially since it involves installing an eCall device on new cars, costing 100 EURO per vehicle.