If you’re an iPhone owner who envies the Galaxy Nexus users for their cool Face Unlock mechanism, you can get your own taste of the system, courtesy of an app created by Romanian developer Webcode. The info comes from boio.ro and you must know that this software allows you to unlock your iPhone simply though face capture. 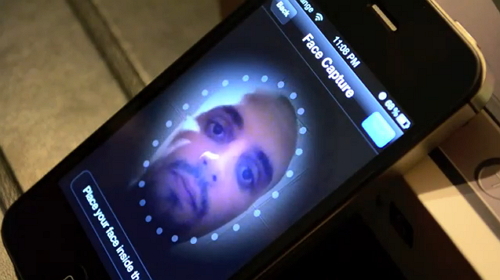 However, keep in mind that this only applies to a locker area on the phone, where you store your secret content and whatnot, for example. So, this method doesn’t replace the slide to unlock mechanism just yet and as you can see in the video below it’s not the fastest method in the world. I’m sure that some skilled coders will be able to turn this app into a genuine face unlock for the entire device. One thing I hope is that the resulting Face Unlock application will be more efficient than the one in Ice Cream Sandwich.

The Android 4.0 unlock method was easily fooled by a picture of the user’s face and failed to recognize an user’s face in about 20% of the cases, especially when there was low light in the room or when the user’s face was at a different angle. And here’s the demo you’re probably waiting for, on iOS: