Back in February, during Mobile World Congress, TAT showcased a dual screen phone interface, that looked futuristic. Now, the innovation was implemented onto a prototype device, the Fujitsu dual touchscreen phone shown below. This device was unveiled during CEATEC 2010, a tech show taking place this week in Japan. 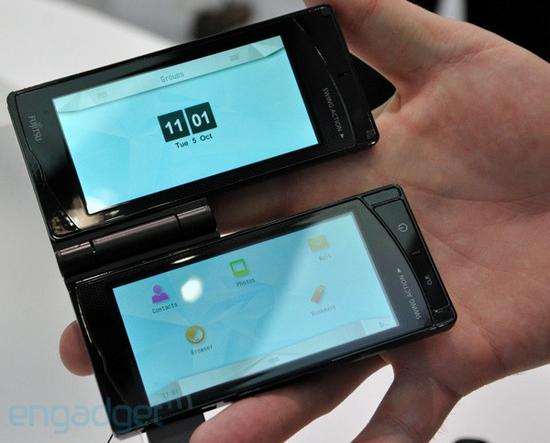 This prototype handset comes with two 960 x 480 touch displays, held together with a clamshell case. One of the demos available at CEATEC showed the handset with a scrolling feature, available on both displays in its browser and email. Also, there’s a photo sharing function that allows the user to move images from the gallery on the bottom display to the contact list on the screen above.

Both displays can be rotated between portrait and landscape, according to Fujitsu. Apparently, the device will reach production stage in about a year or so. 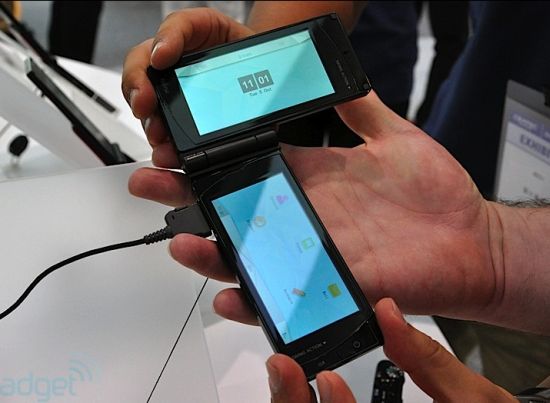 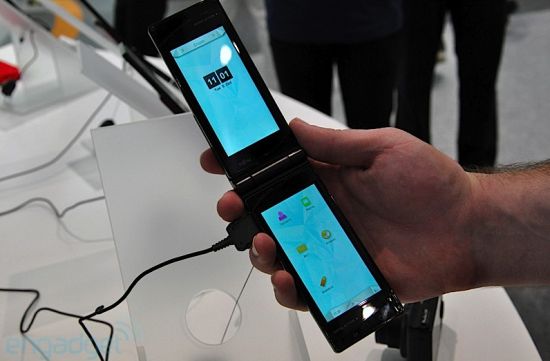