Yet another Moto device was uncovered, this time a less interesting one, that’s coming to Verizon. We say less interesting, because we’re dealing with a budget handset with low end specifications. Dubbed Motorola Ciena and pictured below, this device was supposed to be launched in September, but it might never come… 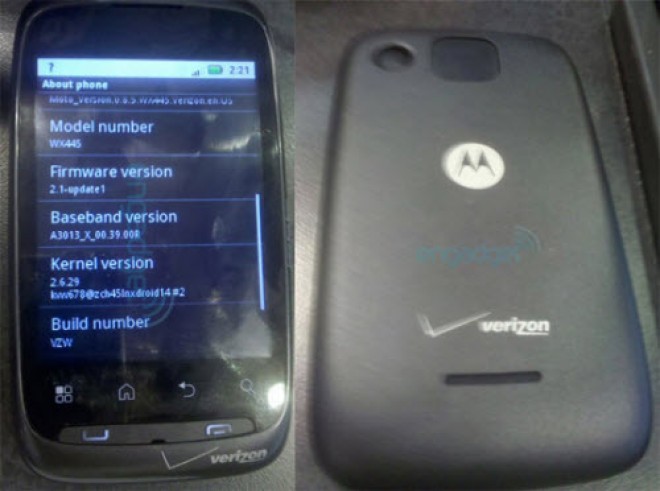 While some think that this unit could replace the Devour handset, the following list of specs points towards an obsolete device that has been probably abandoned by now:

A little plus for this device is its “Backtrack” mechanism, the mousepad-style navigation area included in some Moto phones.