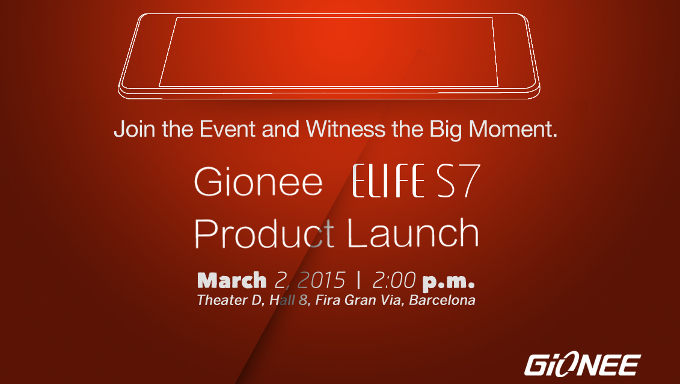 We’ve previously known that Gionee was going to take part in MWC 2015 and now it appears the Chinese company has started sending out invites to the Barcelona event. There they will debut the Elife S7 model, that is rumored to be less ultraslim and more higher end. 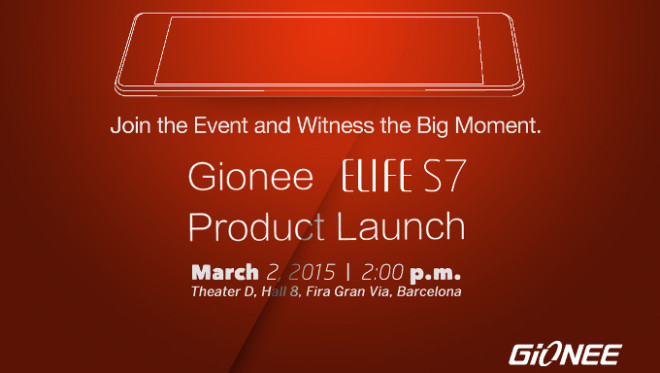 Last year the company unveiled two ultraslim devices, the Elife S5.5 and the Elife S5.1 and previously they claimed they will announce another ultraslim device on March 2nd. Today we also get the time: 2 PM in the Theater D Hall and a statement from the firm’s head of global market, Oliver Sha. The official claims that the race to making the slimmest phone was getting out of hand, but there’s also a need for performance to back that up.

That’s when the name Gionee Elife S7 started being thrown around the web, pointing toward a waistline of 7 mm, which is larger than the predecessors’, but may also mean higher end specs. We expect the newcomer to bring maybe 2 or 3 GB of RAM, a 64 bit processor, Android Lollipop and one or two impressive cameras. What are your expectations?