Google is so excited about the launch of the Android 2.2 (Froyo) platform, that it ordered a sculpture shaped like a frozen yogurt and placed it in front of the Android HQ. In case you haven’t heard, the search engine giant will announce the new version of Android during the Google I/O event next week. 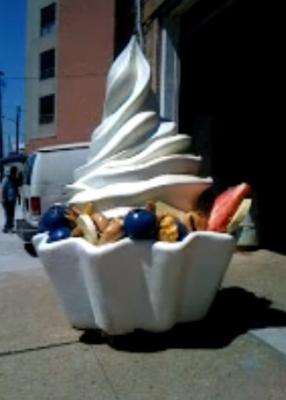 As far as Froyo is concerned, it’ll bring full Flash support on Android devices, USB tethering (turning your phone into a laptop 3G modem), a WiFi hotspot feature and the usual speed and stability improvements. Now, let’s see some previews and screenshots of the platform!