If you’ve been drooling at the perspective of seeing or using a BlackBerry tablet, guess again! Apparently, the device is real, as confirmed by some BGR sources, but it’s not quite what we were expecting. The BB Slate will only be a companion to your BlackBerry handset, it seems. 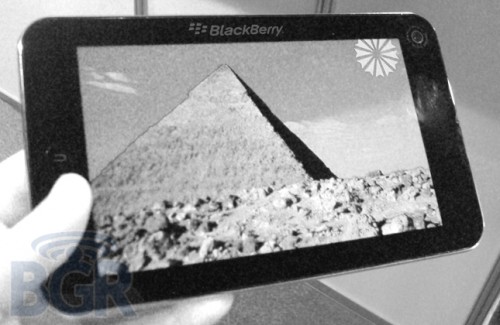 It’ll sport an 8.9 inch display, but it’ll lack cellular networking, relying on Bluetooth and WiFi connections with your handset instead. The launch of this gadget is slated for December, but the team working on it wants to finish the job earlier. We also learn that the tablet will focus on multimedia features, e-books, web browsing and photo viewing.

What’s even more interesting is that some other anonymous source is claiming that initially RIM had thought about making a monochrome tablet, a product that would rather rival the Kindle, not the iPad. Bad, bad idea…