Remember when Apple started attacking HTC and Samsung in court? The hidden purpose was not only to get some bans for their products, but also to hit Android where it hurts: in sales, since the banned devices would have affected its market share. Now Google pulled a huge stunt and just bought Motorola, the famous company that invented the cellphone. 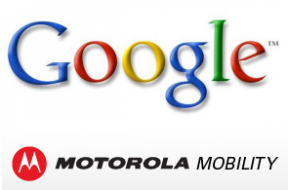 The transaction went down for $12.5 billion and it involves the Motorola Mobility branch, that separated from the main company at this year’s start. Last we heard, Google had $39 billion in cash available, meaning that they were ready to invest quite a lot in this idea. Also, they’ve invested already a bunch in Google+, so they must be cooking something.

As far as the Android partners are concerned, HTC is one of the companies that doesn’t have so many patents, so it’s vulnerable against Apple lawsuits. However, with the acquisition of Motorola, the search engine giant received 14,600 granted patents and 6,700 pending patent applications. All of these will come in handy when fighting Apple in the court room, in order to defend Samsung and HTC. We remind you that last week Apple managed to have the Samsung Galaxy Tab 10.1 tablet banned from sale in Europe.

Google must have been really angry when they heard this and decided to cover its back with a huge number of patents. Now, it’s Apple’s move… or maybe Microsoft’s that’s rumored to purchase both Nokia and RIM…