Google Maps has recently received an update, in the Android version, now including the public transit schedules. Using this new feature, you’ll know when trains or buses will arrive, or at least when they should arrive. There will also be an option allowing you to tap on bus or train stations to see which lines will pass through and when. 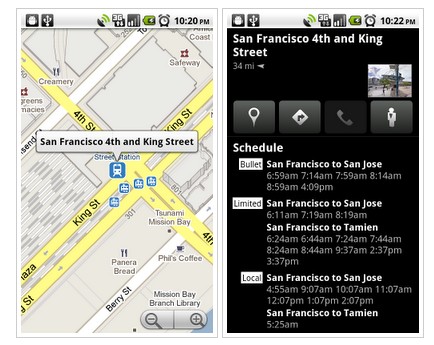 Also, Google re-organized the information about restaurant and businesses of all sorts, also suggesting friends who are sharing whereabouts on Latitude.