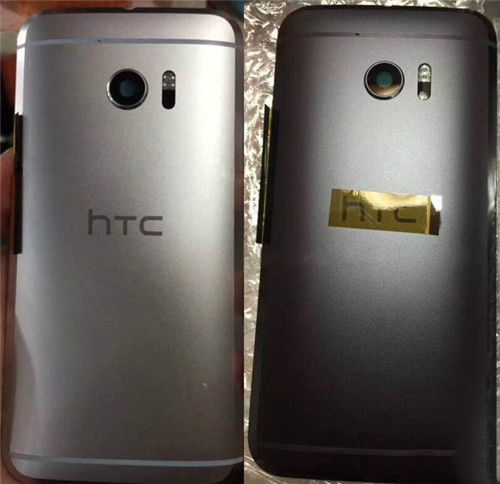 It’s almost April now, so we’re getting closer to the HTC 10 April 12th launch and leaks continue. This time we get to see the device again, in a black edition and with shiny metal edges.

The black version seems rather dark gray, because of the lighting in the room. We learn that HTC has removed its own logo from the front and we are also getting a singular speaker at the bottom and narrow screen bezels. The back camera protrudes a bit and we have yet to figure out what the big, shiny metal edges are used for.

We’re expecting a 5.2 inch AMOLED screen here (or maybe Super LCD 5) with a Quad HD resolution, a Snapdragon 820 CPU, 4 GB of RAM and 32 GB of storage. It’s true we’ve seen the white/silver version of the HTC 10 so far, maybe a bit too often, but we also get to see the black one every once in a while. Color me unimpressed…